The new champion of the world, Singapore has recently beat out Tokyo for the title of ‚most expensive city‚ for 2014. Cars can cost between 4-6 times in Singapore what they cost in the US or UK (for example, a Toyota Prius actually costs about $150,000.00 there).

The results of the Economist Intelligence Unit’s annual report on the world’s expensive cities are in, and Singapore has been crowned with the title for the third year in a row.

While you wouldn’t doubt a research organisation called the Economist Intelligence Unit, it is helpful to know that the index is calculated by comparing the price of a weighted basket of goods across 133 cities.

The basket includes food, drink, clothing, household supplies and personal care items, rent, transport, utility bills, private schools, domestic help and recreational costs to build up an idea of how much it costs to live in a place. 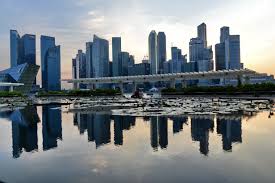 Singapore came out on top again, but its lead over Hong Kong and Zurich is shrinking. Hong Kong climbed seven places up the ranking in the last 12 months. Meanwhile London, New York and Los Angeles have moved up the ranking to 6th, 7th and 8th place, respectively, pushing Sydney, Melbourne and Oslo out of the top ten.

Prices for consumers are falling in US cities because of inflation. But the strong US dollar means that compared to other cities in the world with weaker currencies, New York is more expensive.

It is now in its highest global position since 2002 and has risen 42 places on the ranking since 2011. At the other end of the stick, European cities have slipped down the ranking as the euro has weakened.

February 27, 2017
kutbi nahar
Comments
Top and Best Tourist Attractions in the World
Most expensive city to live in: Singapore