The idea of establishing the Pergamon Museum started in 1907, it was constructed in 1910 just eight years before World War I. However, construction never stopped during the war. It was completed and opened in 1930 after 20 years of construction, this was also 9 years before World War II which started in 1939. It was badly damaged during the 1945 bombing of Berlin. Pergamon Museum is separated into three sections: Antiquity Collection (Antikensammlung), Islamic Art Museum (Museum f¼r Islamische Kunst) and the Middle East Museum (Vorderasiatisches Museum).

The Neuschwanstein Castle is one of the most visited castles in Europe and one of the most popular tourist destinations in Germany. The castle receives more than 1.3 million visitors annually. The castle was built in 1869 in honor of Richard Wagner, a renowned composer. It was commissioned by Ludwig II of Bavaria. Ludwig II of Bavaria died in 1886, after being declared insane by a State Commission under Dr. von Gudden, before the castle was complete. 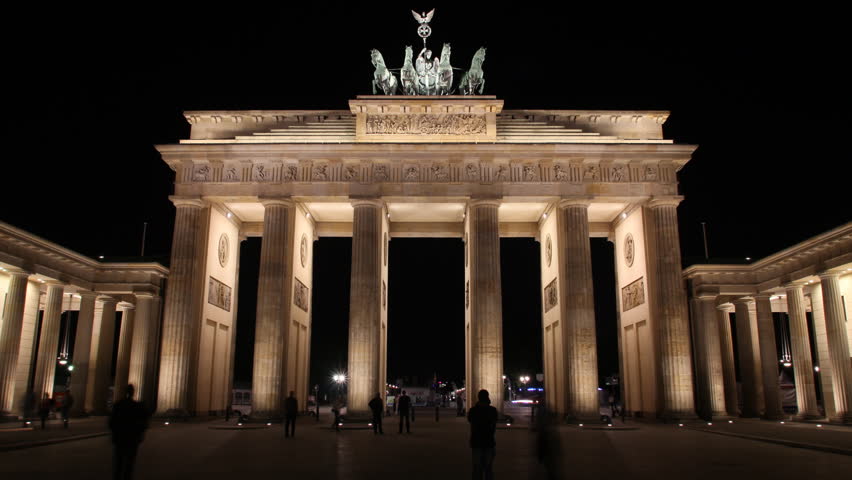 The Brandenburg Gate was the city gate of Berlin, it was built from 1789 to 1791 by Carl Gotthard Langhans after being commisioned by King Friedrich Wilhelm II. The gate is 203 feet wide and 65 feet high. Berlin was a small walled city within a star fort. It was until 1961 when the Berlin Wall was built, that Western Berliners could not reach the wall. The Brandenburg Gate had become a symbol of division during the Cold War. The gate was refurbished in 1990 after the fall of the Wall of Berlin in 1989. In 2000, Brandenburg Gate was renovated at a cost of $1 million. Miniatur Wunderland (German for Miniature Wonderland) is a model railway attraction in Hamburg, Germany and the largest of its kind in the world. As of January 2011, the railway consists of 12,000 metres (39,370 ft) of track in HO scale, divided into seven sections: Harz, the fictitious city of Knuffingen, the Alps and Austria, Hamburg, America, Scandinavia, and Switzerland. Of the 6,400 square metres (68,889 sq ft) of floorspace, the model takes 1,150 m2 (12,378 sq ft). 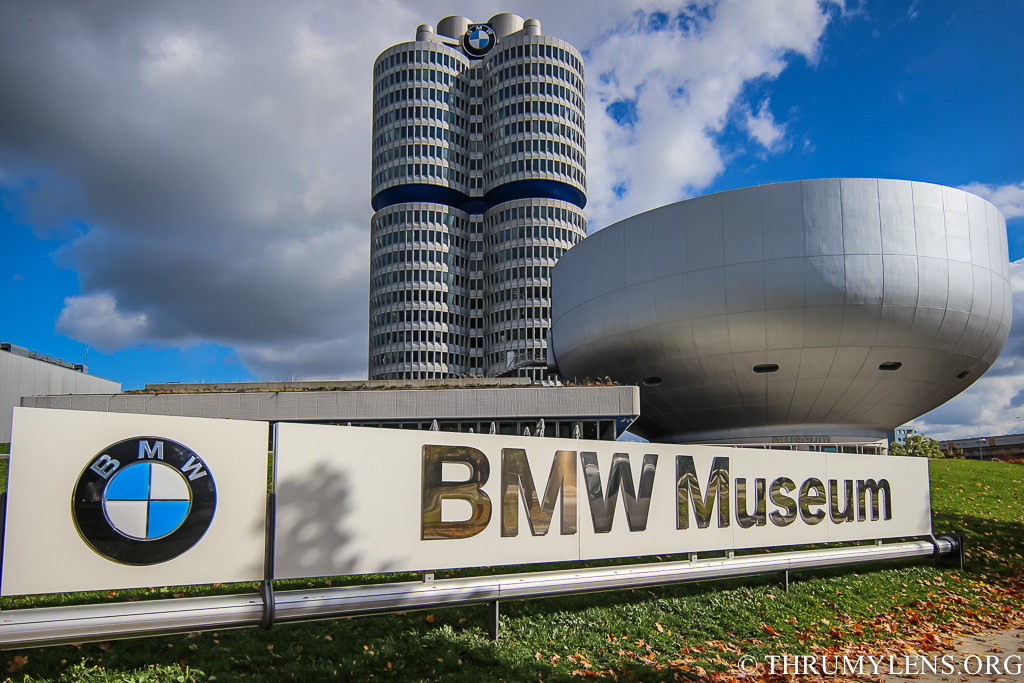 Established in 1972 shortly before the Summer Olympics opened, to show the history of the company. BMW was founded in 1913 and tarted building airplane engines in 1917. After World War I, the company was forced to cease aircraft (engine) production by the terms of the Versailles Armistice Treaty. The company started motorcycle production in 1923 and later automobiles in 1928. The museum is a main tourist attraction in Munich with bout 250,000 visitors a year.

Alte Pinakothek was established in 1836 and currently houses some of the most important collections in the world, it is also one of the oldest galleries in the world. It houses more than 800 paintings with some dating as far as the 13th century. Its collection is mostly German, Flemish, Italian, French, Spanish, and Early Netherlandish and Dutch paintings. The oldest paintings here are the Italian Gothic paintings which date back to the 13th century. The building which houses the Alte Pinakothek was built under the orders of Ludwig I of Bavaria and was designed by the architect Leo von Klenze. The building became a model for several galleries around the world. It was closed at the beginning of World War II and was emptied of all its collection for safekeeping. Like many buildings in Munich, Alte Pinakothek suffered extensive damages during the war. It was rebuilt and reopened in the late 1950s, it is today a popular visitor attraction in Munich. The Deutsche’s Museum, also known as German Museum, is a technological museum in Munich, Germany. Covering an area of 50,000 square meters / 59,800 square yd, the museum is the largest of its kind in the world. It has displays of over 28,000 exhibits and receives over 1.5 million visitors per year. These science and technology exhibits cover various topics from aerospace, computers telecommunications and more. The museum was founded in 1903. It was called the German Museum for Masterpieces of Natural Science and Technology. 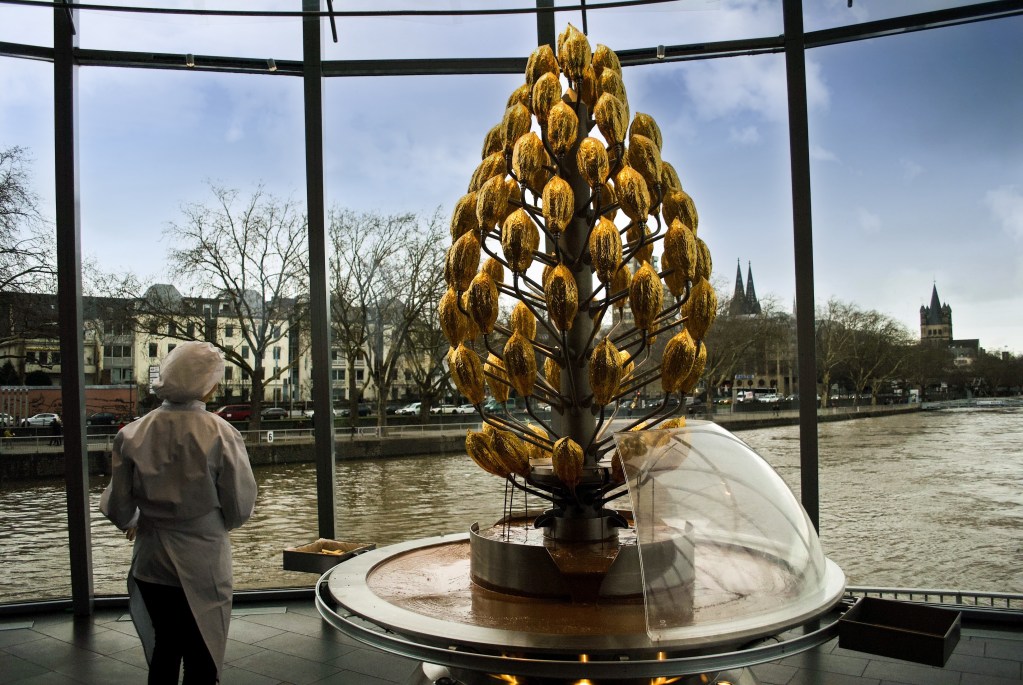 The Cologne Chocolate Museum was opened by Hans Imhoff on 31 October 1993. It is situated in the Cologne quarter of Altstadt S¼d on the Rheinauhafen peninsula. The exhibits show the entire history of chocolate, from its beginnings with the Olmecs, Maya and Aztecs to contemporary products and production methods. With 5,000 guided tours and 600,000 visitors a year, the museum is in the Top Ten of German museums. The museum is entirely self-supporting, receiving no subsidy. It has its own marketing department and is used by the Schokoladenmuseum Gastronomie GmbH for events. The Gothic Revival Church of St. Nicholas was formerly one of the five Lutheran Hauptkirchen (main churches) in the city of Hamburg. It is now in ruins, serving as a memorial and an important architectural landmark. When Hamburg residents mention the Nikolaikirche, it is generally to this church that they are referring, and not the new Hauptkirche of St. Nicholas, which is located in the Harvestehude district. The church was the tallest building in the world from 1874 to 1876 and is still the second-tallest building in Hamburg.