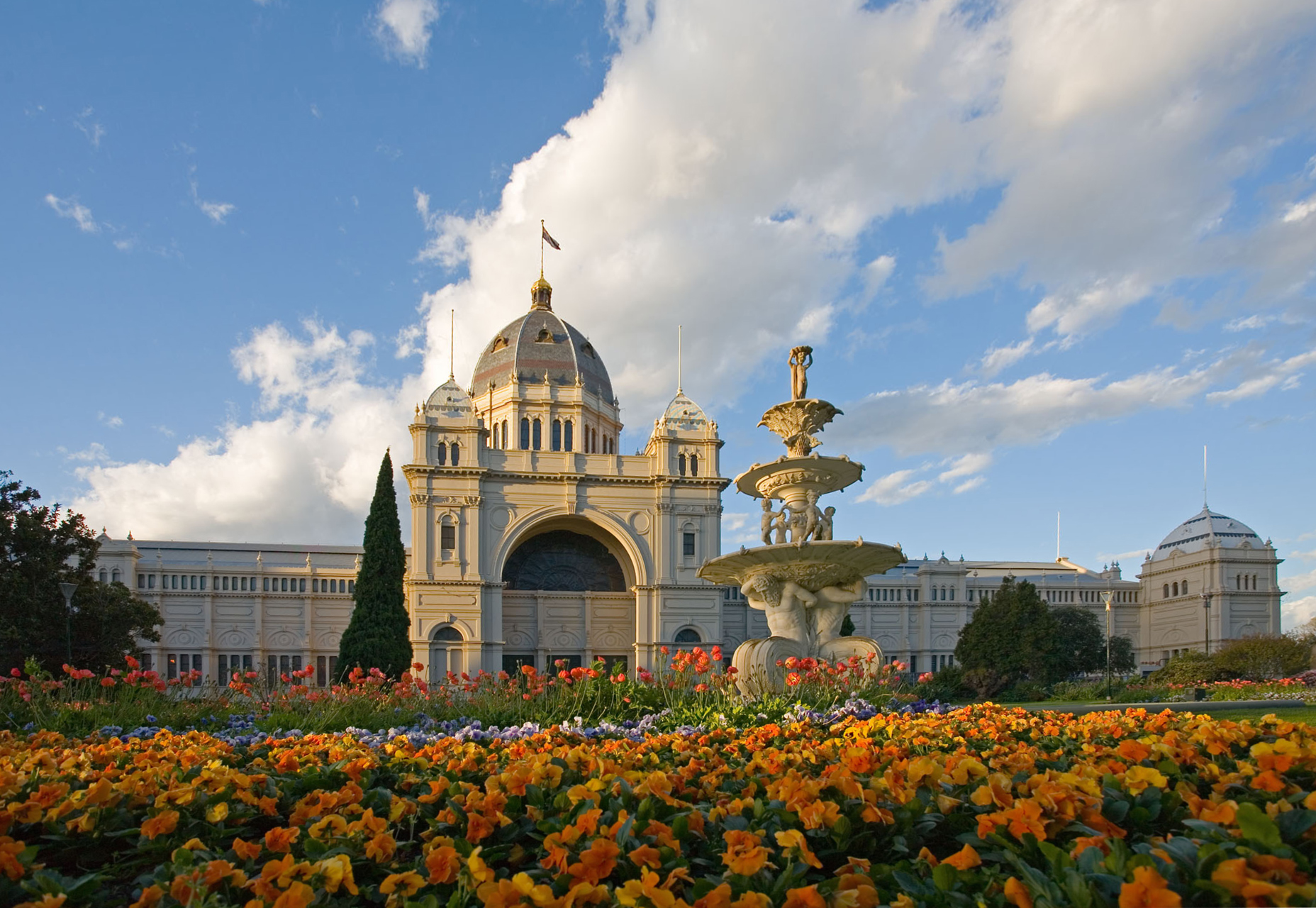 The Sydney Opera House is a multi-venue performing arts centre in Sydney, Australia. It was conceived and largely built by Danish architect J¸rn Utzon, opening in 1973 after a long gestation that had begun with his competition-winning design in 1957. The Sydney Opera House was made a UNESCO World Heritage Site on 28 June 2007. It is one of the 20th century’s most distinctive buildings and one of the most famous performing arts centres in the world. The Sydney Opera House is on Bennelong Point in Sydney Harbour, close to the Sydney Harbour Bridge. It sits at the northeastern tip of the Sydney central business district (the CBD), surrounded on three sides by the harbour (Sydney Cove and Farm Cove) and inland by the Royal Botanic Gardens. Contrary to its name, the building houses multiple performance venues. As one of the busiest performing arts centres in the world, hosting over 1,500 performances each year attended by some 1.2 million people, the Sydney Opera House provides a venue for many performing arts companies including the four key resident companies Opera Australia, The Australian Ballet, the Sydney Theatre Company and the Sydney Symphony Orchestra, and presents a wide range of productions on its own account. It is also one of the most popular visitor attractions in Australia, with more than seven million people visiting the site each year, 300,000 of whom take a guided tour.

Black Mountain Tower is a 195 metre( 640 ft. ) tall telecommunications tower. It took ten years to construct and opened in 1980, it was originally known as the Telstra Tower. The Black Mountain Tower has observation decks which provide a 360 view of the city of Canberra. It also has a cafe, a gift shop and the five star revolving restaurant: Alto Tower Restaurant. The tower is one of the most visited places in Canberra. 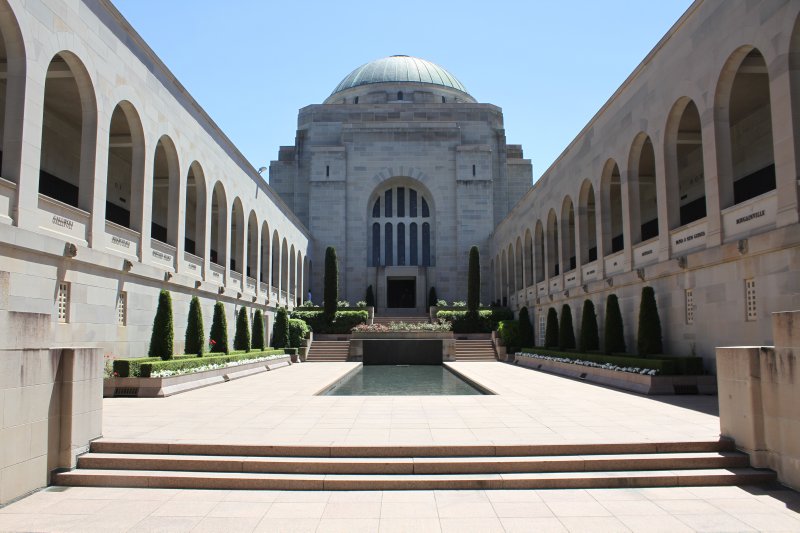 The Australian War Memorial is Australia’s national memorial to the members of all its armed forces and supporting organisations who have died or participated in the wars of the Commonwealth of Australia. The memorial includes an extensive national military museum. The Australian War Memorial was opened in 1941, and is widely regarded as one of the most significant memorials of its type in the world. The Memorial is located in Australia’s capital, Canberra. It is the northern terminus of the city’s ceremonial land axis, which stretches from Parliament House on Capital Hill along a line passing through the summit of the cone-shaped Mount Ainslie to the northeast. No continuous roadway links the two points, but there is a clear line of sight from the front balcony of Parliament House to the War Memorial, and from the front steps of the War Memorial back to Parliament House. The Australian War Memorial consists of three parts: the Commemorative Area (shrine) including the Hall of Memory with the Tomb of the Unknown Australian Soldier, the Memorial’s galleries (museum) and Research Centre (records). The Memorial also has an outdoor Sculpture Garden. The Memorial is currently open daily from 10am until 5pm, except on Christmas Day.

The Sydney Harbour Bridge is a steel through arch bridge across Sydney Harbour that carries rail, vehicular, bicycle and pedestrian traffic between the Sydney central business district (CBD) and the North Shore. The dramatic view of the bridge, the harbour, and the nearby Sydney Opera House is an iconic image of both Sydney and Australia. The bridge is locally nicknamed “The Coat Hanger” because of its arch-based design. Under the directions of Dr J.J.C. Bradfield of the NSW Department of Public Works, the bridge was designed and built by English firm Dorman Long and Co Ltd of Middlesbrough, and opened in 1932. According to the Guinness World Records, it is the world’s widest long-span bridge. It is also the fifth longest spanning-arch bridge in the world, and it is the tallest steel arch bridge, measuring 134 metres (440 ft) from top to water level. Until 1967 the Harbour Bridge was Sydney’s tallest structure. 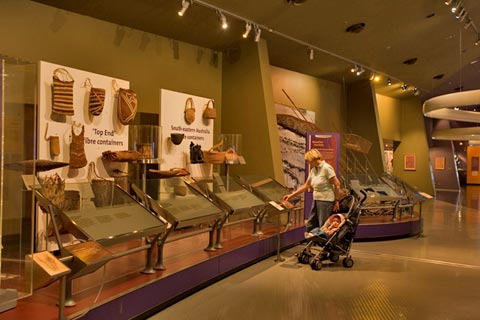 The National Museum of Australia was established in 1980. The building of the museum was completed in 2001. The zigzag pattern of the structure is said to represent the tangled story of Australia, the design was done by the architect Howard Raggatt. The National Museum of Australia holds the world’s largest collection of Aboriginal bark paintings and stone tools. It was named Australia’s best tourist attraction for 2005 and 2006. The museum was slightly damaged in 2006 during a storm, only the roof was damaged and none of its collections were affected. 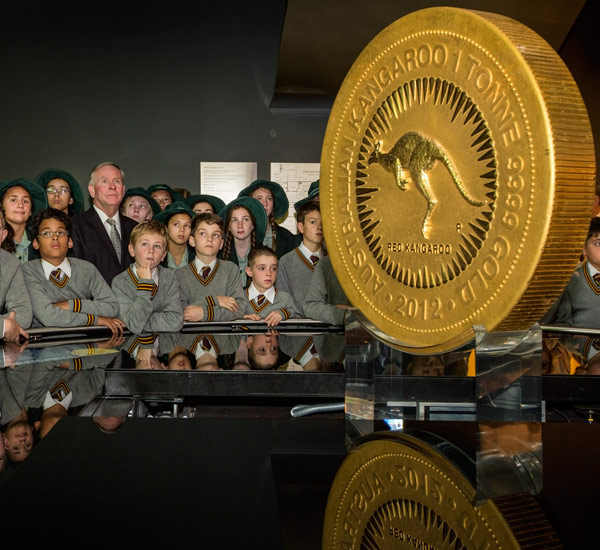 The Perth Mint is Australia’s oldest currently operating mint (with the earlier mints, the Sydney Mint and Melbourne Mint having since shut down). After the foundation stone was laid in 1896 by Sir John Forrest, the Mint opened on 20 June 1899 as a branch of the Royal Mint in London to refine gold and manufacture gold sovereigns and half sovereigns to be used as currency in the colony. At that time, Western Australia’s population was growing rapidly (23,000 in 1869 and 180,000 in 1900) due largely to the discovery of gold in the Kalgoorlie, Coolgardie and Murchison areas of the colony. There was very little money available in Perth for which miners could exchange gold to pay for goods. Sydney Tower (also known as the Sydney Tower Eye, AMP Tower, Westfield Centrepoint Tower, Centrepoint Tower or just Centrepoint) is Sydney’s tallest free-standing structure, and the second tallest in Australia (with the Q1 Building on the Gold Coast being the tallest). It is also the second tallest observation tower in the Southern Hemisphere (after Auckland’s Sky Tower, though Sydney Tower Eye’s main observation deck is almost 50 m (164 ft) higher than that of Auckland’s Sky Tower). The Sydney Tower is a member of the World Federation of Great Towers. The tower stands 309 m (1,014 ft) above the Sydney CBD, located on Market Street, between Pitt and Castlereagh Streets. It is accessible from the Pitt Street Mall, and sits upon the newly refurbished Westfield Sydney (formerly centrepoint arcade). The tower is open to the public, and is one of the most prominent tourist attractions in the city, being visible from a number of vantage points throughout town and from adjoining suburbs. Whilst the Shopping centre at the base of the tower is run by the Westfield Group the tower itself is occupied by Trippas White Group (who own and operate Sydney Tower Dining) and Merlin Entertainments (who own and operate the Sydney Tower Eye and Oztrek).

The Queen Victoria Market (also known as the Queen Vic Markets or simply as the Queen Vic or “Vic Market”) is a major landmark in Melbourne, Australia, and at around seven hectares (17 acres) is the largest open air market in the Southern Hemisphere. The Market is significant to Melbourne’s culture and heritage and has been listed on the Victorian Heritage Register. The Market is named after Queen Victoria who ruled the British Empire, from 1837 to 1901. The Queen Victoria Market is the only surviving 19th century market in the Melbourne central business district. There were once three major markets in the Melbourne CBD, but two of them, the Eastern Market and Western Market, both opened before the Queen Victoria, closed in the 1960s. It also forms part of an important collection of surviving Victorian markets which includes the inner suburban Prahran Market and South Melbourne Market.

Lake Burley Griffin is an artificial lake in the centre of Canberra, the capital of Australia. It was completed in 1963 after the Molonglo Riverwhich ran between the city centre and Parliamentary Triangle was dammed. It is named after Walter Burley Griffin, the American architect who won the competition to design the city of Canberra. The surrounds of Lake Burley Griffin are very popular recreational areas. Public parks exist along most of the shore line, with free electric barbecue facilities, fenced-in swimming areas, picnic tables and toilets. These parklands form a large part of the area around the lake, and occupy 3.139 km2 (776 acres) in total. Some of the parks reserved for public recreation include Commonwealth, Weston, Kings and Grevillea Parks, Lennox Gardens and Commonwealth Place. Commonwealth and Kings Park on the northern shore of the Central Basin are among the two most popular. The former is an urban horticultural park and is the location of the Canberra Festival. Commonwealth Park is the location of Floriade, an annual flower festival that is held for around a month in spring and attracts upwards of 300,000 visitors, a number comparable to the city population. The largest flower festival in Australia, the event is a major tourist attraction for the city.