The Doge’s Palace, locally referred to as Palazzo Ducale, was originally a wooden fortress built around the 10-11th centuries. The present building was built from 1309 to 1324 and has mostly been used as the home of the Doge of Venice until the 18th century when the city was invaded by France. It has undergone several extensions over the centuries including the Renaissance style eastern facade which was added in 1485. The nearby Bridge of Sighs which runs from the old prisons to the palace was built in 1602, it leads to what were previously interrogation rooms inside Doge’s Palace. Another nearby attraction is the St Mark’s Basilica right behind the Saint Mark’s Square. The Doge’s Palace has some of the most impressive interiors you can find. The palace also houses portraits of all the rulers that lived here. 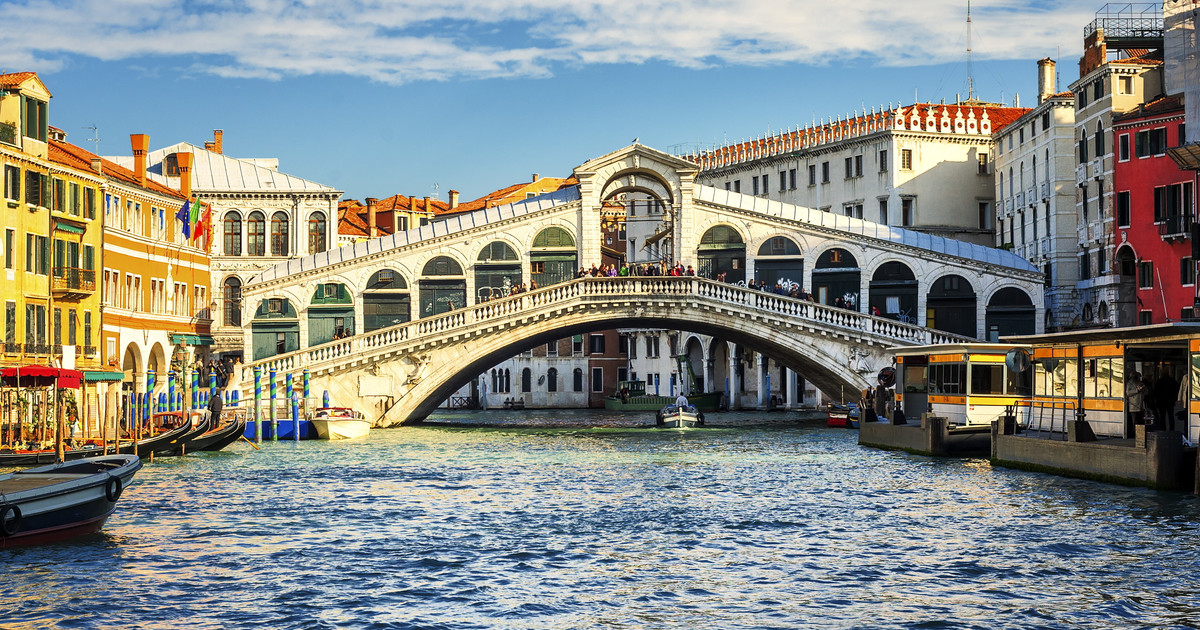 The Rialto Bridge (Italian: Ponte di Rialto) is one of the four bridges spanning the Grand Canal in Venice, Italy. It is the oldest bridge across the canal, and was the dividing line for the districts of San Marco and San Polo. The first dry crossing of the Grand Canal was a pontoon bridge built in 1181 by Nicol Barattieri. It was called the Ponte della Moneta, presumably because of the mint that stood near its eastern entrance. The development and importance of the Rialto market on the eastern bank increased traffic on the floating bridge, so it was replaced in 1255 by a wooden bridge. This structure had two inclined ramps meeting at a movable central section, that could be raised to allow the passage of tall ships. The connection with the market eventually led to a change of name for the bridge. During the first half of the 15th century two rows of shops were built along the sides of the bridge. The rents brought an income to the State Treasury, which helped maintain the bridge.

The Roman Forum is a rectangular forum (plaza) surrounded by the ruins of several important ancient government buildings at the centre of the city of Rome. Citizens of the ancient city referred to this space, originally a marketplace, as the Forum Magnum, or simply the Forum.