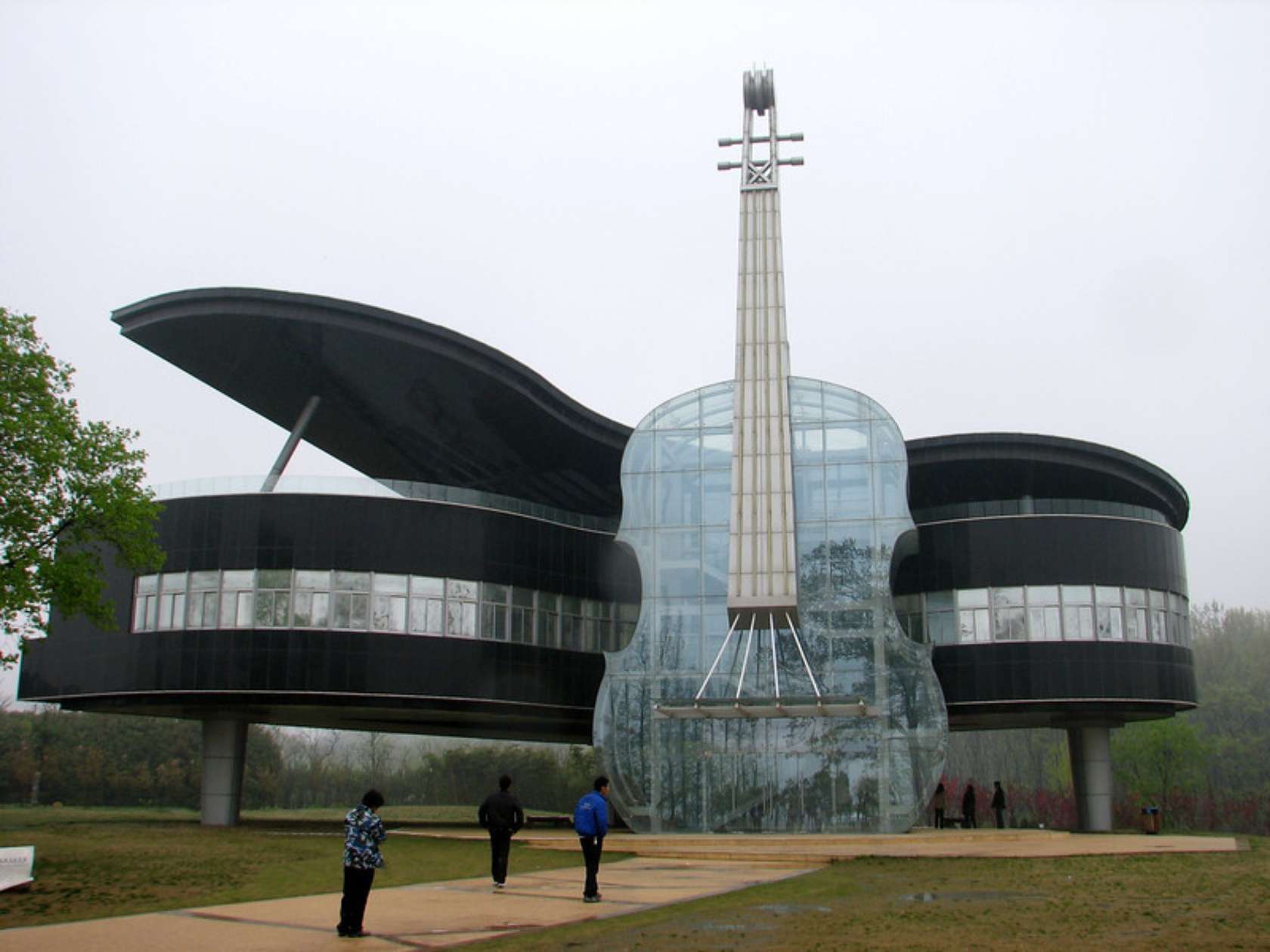 We’ve seen a home made of nautical artefacts and zeppelins. We’ve seen a home with a slide in it. We’ve even seen a man living on a plane. So we’re no strangers to really weird real estate. But never did we ever imagine that we’d one day see this: introducing China’s Piano House. Yes, it’s a music school — in the shape of a grand piano — which you access via a staircase and escalators inside of a giant glass guitar.

This unusual Piano and Violin shaped building built in 2007 serves as a showroom for exhibiting the plans for newly created district of Shannan in Huainan City, China.

The transparent Violin houses the escalators and the staircase for the main piano building which displays various plans and development prospects for newly developed area. It was reportedly designed by Hefei University of Technology and has been built to a scale of 50:1.

The violin, made completely out of glass, serves as the entry to the music school, linking the elevated piano to the ground. The piano portion of the music school stands on three concrete legs and features a roof terrace beneath a canopy shaped like the piano’s open top.

It is unclear exactly why and for whom the house was built, but it has become a spectacle in Anhui province (located inland from Shanghai). Of course, meant to simulate instruments, the house itself probably wouldn’t make very pleasing sounds: windows cut into the body of the piano would render the reverberating chamber useless, while the vibrations from the violin’s strings might shatter the glass it’s made of. 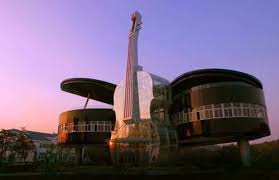 Because of its unique shape, it has become a popular tourist place and many newly weds have their photo taken in its front. The locals have dubbed it the most romantic building in China.