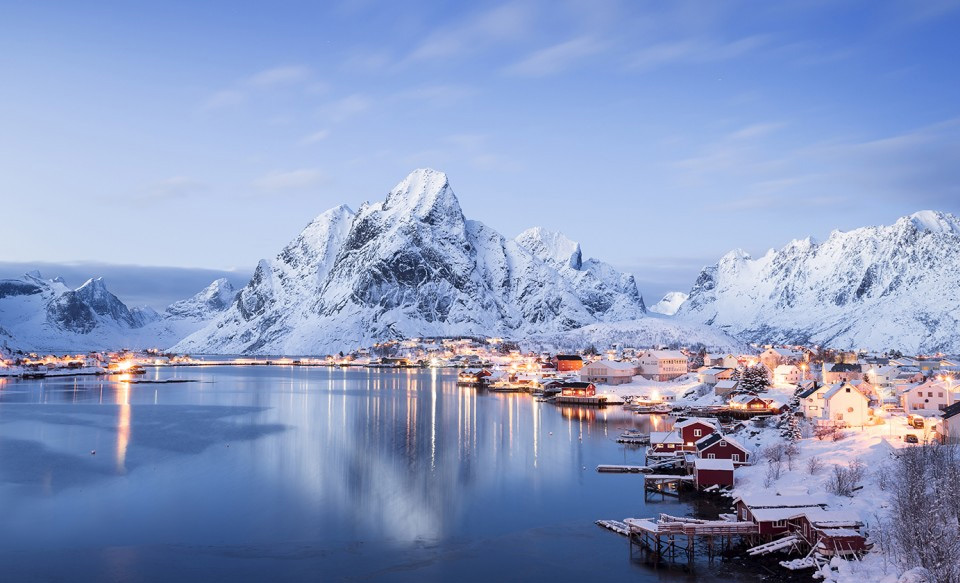 Located over 200 miles north of the Arctic Circle, Troms¸, Norway, is home to extreme light variation between seasons. During the Polar Night, which lasts from November to January, the sun doesn’t rise at all. Then the days get progressively longer until the Midnight Sun period, from May to July, when it never sets. After the midnight sun, the days get shorter and shorter again until the Polar Night, and the yearly cycle repeats.

Winters in Norway can be bitterly cold, even if they aren’t always. How to dress for outdoor activities thus depends on what you are doing and where you are doing it. Due to the northern latitude, the main parts of Norway enjoy a real winter, with snow and ice throughout the winter months.

After Christmas, everyone’s mood improves. Snowfall is heavier and more frequent, so although the days are still short, what little light there is is reflected off the snow, giving the impression of a much lighter environment. It’s at this time of the year that Norwegians take to the great outdoors to go jogging on sticks (cross-country skiing), eat waffles, drink coffee, and generally be really Norwegian. For me, snow is infinitely preferable to rain, even if the temperatures at this time of year tend to be lowest. The worst I’ve experienced so far is -23C / -9.4F.

This season can extend all the way through to April if there is enough snow. Most people would consider the transition into Spring to be the Easter week, which sees every Norwegian who owns a pair of skis heading to the trails for one final hurrah.