Greenland is the largest island in the world. About 80 percent of the territory is hidden under the ice sheet, which accounts for nearly 1/10 of all the ice on our planet. After Antarctica, this is the second largest ice massif in the world.

Amazing island of Greenland attracts travellers-adventurers and photographers from around the globe, especially because of the numerous icebergs, majestic mountains and magnificent fjords. Because of the global warming huge glaciers actively melt and form such picturesque landscapes, the beauty of which impresses so much!

Ice Canyon of Greenland reaches 30 45 meters in depth. It beckons climbers like a magnet. Such beauty is breathtaking! Today it is one of the most photographed places on the planet. This majestic canyon, artfully carved by the nature itself ‚ formed by melt water, is one of the most striking sights of the country. Water of an incredible blue stain beneath the overhanging ice marvellous arches really a spectacular sight! 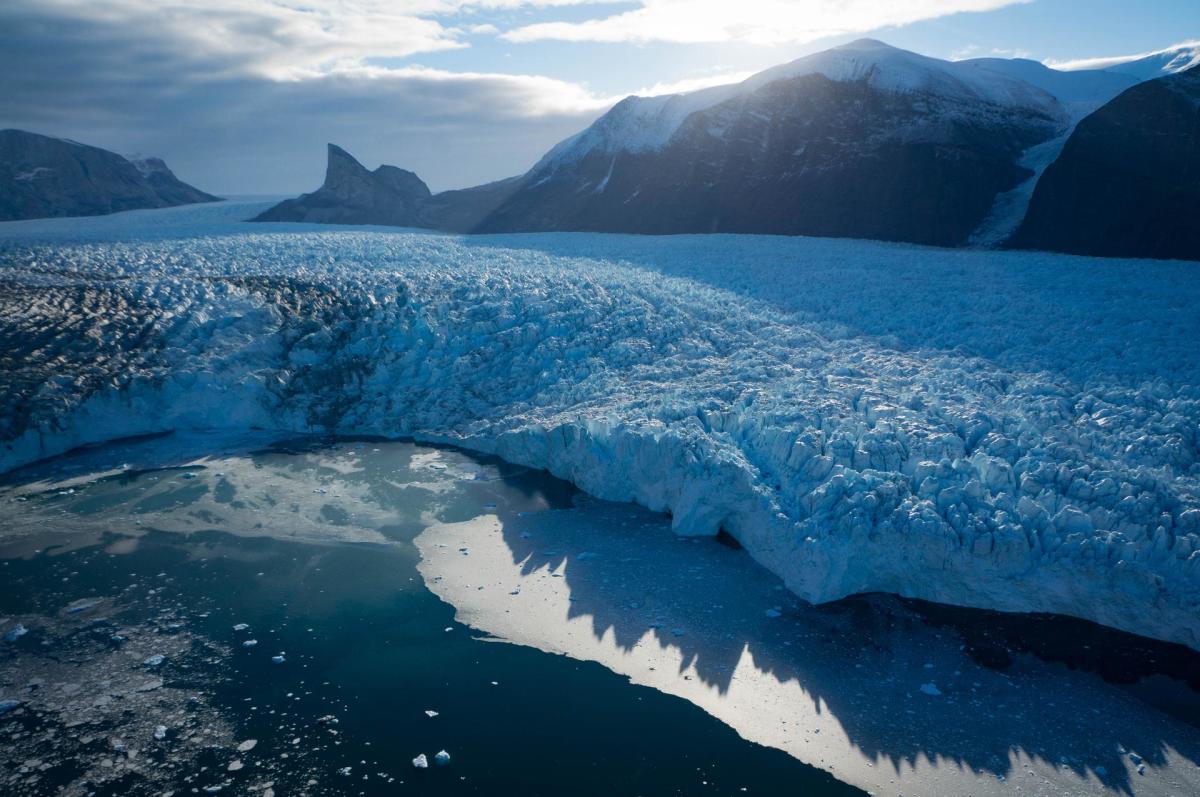 But apart from the silent kingdom of ice, you can see an active life. Get ready to meet such inhabitants of the snowy country as the polar bear, reindeer, polar wolf, polar fox and lemming. The coastal waters are home to harp seal, walrus, bow head whale and other ‚ 30 species of mammals. Among the birds living here there are such as white partridges, eider ducks and gulls.

It is not only the boring endless ice! Hiking, sledding with dogs, mountain climbing, yachting sport, fishing and kayaking this is an incomplete list of entertainment that awaits you here. The island is famous for its diverse sports activities (of course  so much snow!), as well as comfortable recreation and tourism. If you like a quiet holiday, the ruins of Vikings and several museums will tell you about the rich history of this region. It seems people have seized this place, but no, nature of the country wasn’t much affected by the harmful human activity.