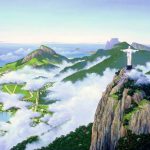 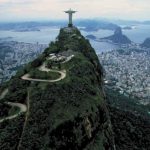 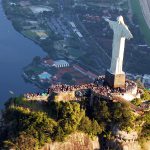 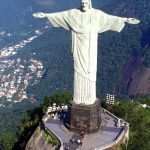 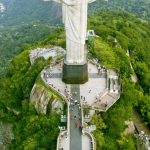 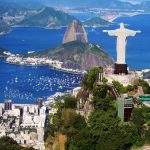 The giant statue of Christ overlooking the city from the 709-meter summit of Corcovado is almost as widely recognized a symbol of Rio as the distinctive shape of Sugar Loaf. The world-famous landmark was erected between 1922 and 1931, financed almost entirely by contributions from Brazilian Catholics.

The Art Deco statue was created by Polish-French sculptor Paul Landowski and built by the Brazilian engineer Heitor da Silva Costa, in collaboration with the French engineer Albert Caquot. Made of reinforced concrete and soapstone, the figure itself is 30 meters tall with arms stretching 28 meters; it weighs 635 metric tons. Inside its eight-meter-high base is a chapel, where it’s not uncommon to find weddings and baptisms taking place. The Corcovado rack railway chugs from Rua do Cosme Velho up the 3.5-kilometer track to the statue, through the Tijuca National Park.