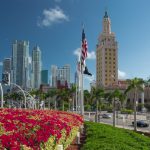 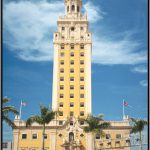 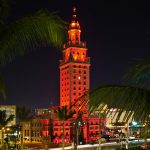 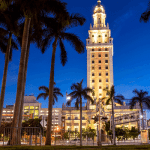 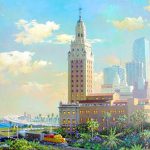 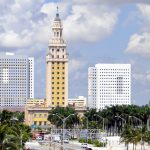 The 17 story Miami Freedom Tower was built in 1925 and it served as the headquarters and printing office of the Miami Daily News and Metropolis until 1957. Between 1962 and 1974 the building was used an immigration station for refugees from Cuba. The tower was added to the United States National Register of Historic Places on September 10, 1979 and it was designated a United States National Historic Landmark on October 6, 2008.

One of the most striking buildings on Biscayne Boulevard, Freedom Tower displays a “wedding-cake” style. It is one of the oldest skyscrapers in the southeastern United States, and served for many years as the headquarters of the Miami Daily News.

Its name comes from its role as the immigration-processing center for hundreds of thousands of Cuban refugees who arrived in the 1960’s. Today it stands as a tribute to Cuban immigration