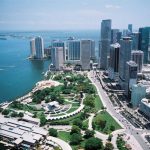 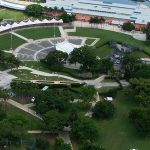 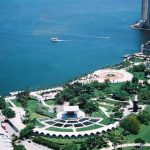 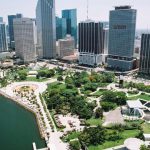 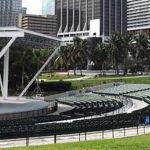 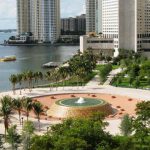 Bayfront Park, on the east side of Biscayne Boulevard, was redesigned in the 1980s. An attractive feature is the electronically controlled Pepper Fountain. Other highlights include an amphitheatre used for musical performances of all kinds, a tower for laser illuminations, and three important monuments: the Torch of Friendship, symbolising Miami’s relationships with the countries of Central and South America; the World War II Memorial; and the Challenger Memorial, commemorating the crew of the Challenger spacecraft which exploded in 1986.