I used to think that there were only a handful of people over the age of 100 in the world. How wrong was I! The Japanese island of Okinawa alone has about 457 of them. It is considered to be the healthiest place in the world, where the average life expectancy of an Okinawan woman is 86, and man’s is 78. Not only do they live long lives, they live very healthy and happy ones too. A fine example is 96-year-old martial artist Seikichi Uehara, who, at his age, defeated a thirty-something ex-boxing champion. And also Nabi Kinjo, the 105-year-old woman who hunted down a poisonous snake and killed it with a fly swatter.

The healthiest place in the world Okinawan’s secret, I’ve come to understand, lies in two things their food, and their attitude towards life. As a happy bunch of people, the elders seem to have no worry etched on their faces, stress seems to be a foreign concept to them. An 88-year-old farmer who still works 11-hour days at the field, says, I hardly ever get angry. I enjoy life because I’m happy at work and I think that’s the medicine for a long life. I completely agree, and I wish I could look at life the way this brilliant guy does.

Most of the over-85-years-old elderly I’ve ever met seem to be waiting to die, sick of dealing with their physical pains and of struggling to survive on small pensions, but not the Okinawa’s. They have a child-like zeal towards life, wanting to live more. Even a 100-year-old woman says she would like to live a few more years to spend with her grandchildren. As the old Okinawan saying goes, At 70 you are still a child, at 80 a young man or woman. And if at 90 someone from Heaven invites you over, tell him: Just go away, and come back when I am 100. I think that perfectly illustrates their philosophy on life.

The Okinawan eating habits are certainly worth a mention as well. Their regular diet is not based on red meat, but largely on rice, fish and vegetables. One of their popular dishes, Mimiga, is made from pig ears low in fat and high in calcium. They also eat plenty of tofu, and vegetables such as bitter gourd (Goiya) and sweet potato are a staple. The Okinawan sweet potato is especially nutritious one medium sized baked potato is said to contain over 20,000 IU of beta carotene and Vitamin A. Sounds like an incredibly healthy diet but some of them do indulge in a cup full of a locally brewed rice wine called Awamori, each night. 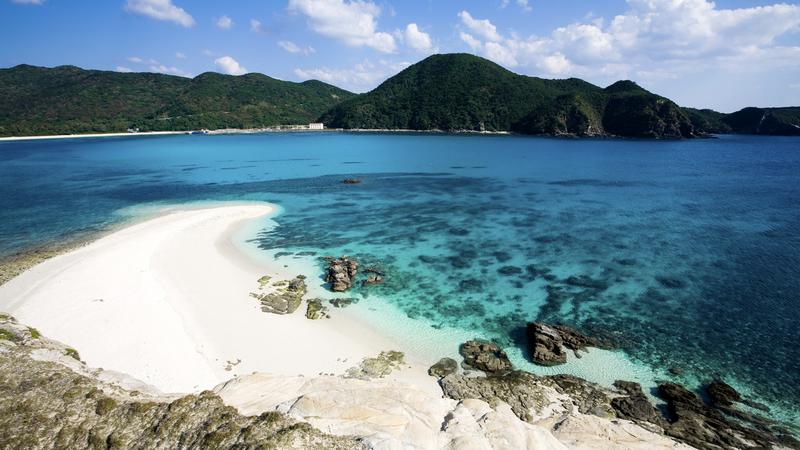 Doing research on Okinawa’s high life expectancy has been very motivating for me; it’s great to know there are people in the world who have figured out the secret to a long and happy life. Unfortunately, the secrets accumulated by the elderly aren’t being imbibed with much enthusiasm by the present generation Okinawa’s. As in many other countries, Western fast food joints have invaded the island, which the youth prefer over traditional foods. One youngster chomping down on a burger says: like thick, greasy food. Goya is bitter, says another, I don’t like it much. The degradation of the healthy eating habits has taken its toll on the island, considerably reducing life expectancy. The rates of obesity and lung cancer are higher in Okinawa than compared to anywhere else in Japan. It appears that when the western world is awakening to the benefits of living life like the Okinawa’s, their very own youth are leaving it behind. It’s sad really, but the truth is the healthy people of Okinawa are nothing but living relics whose secrets of a truly healthy life will be lost in just a few years time.