Please meet the king of all stews! ‚ Portuguese stew is the perfect example of the importance of using all the meat an animal can provide. This meaty bomb includes beef, pork, chicken and a variety of pork derivatives such as blood sausages and smoked pork parts. There are also some vegetables thrown in the mix, but one must admit this is a dish for meat lovers. 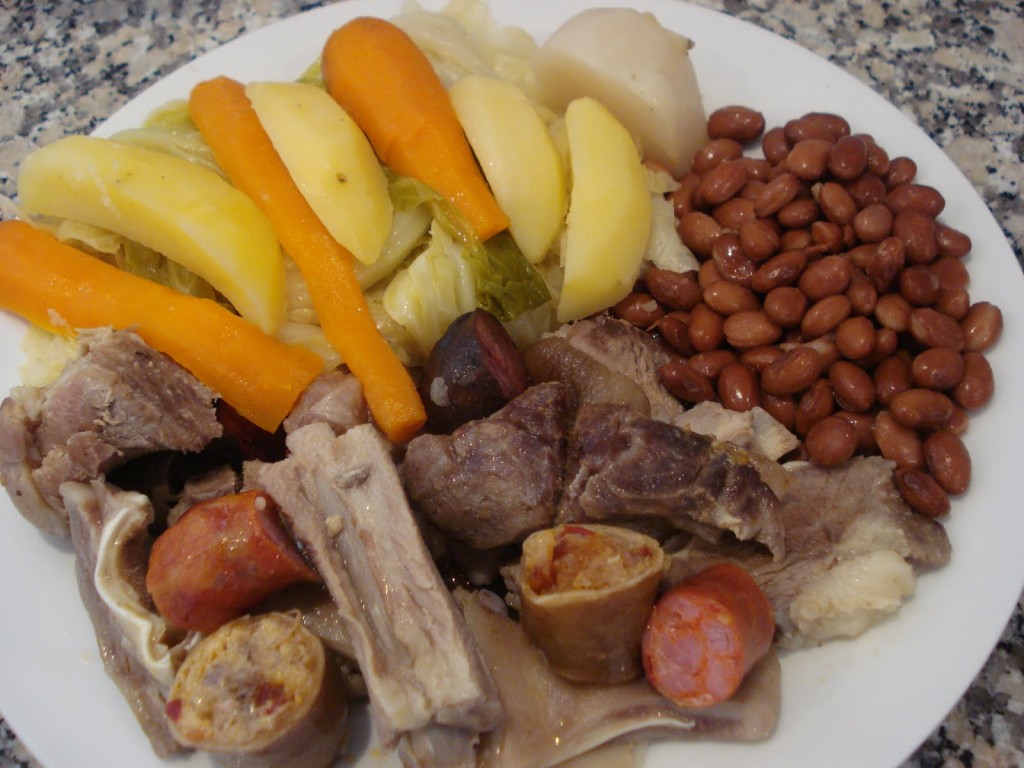 The most traditional of Portuguese soups is as simple as it gets: onions, potatoes and kale, cooked with garlic and olive oil. Nothing says winter comfort food like a good serving of caldo verde in a traditional clay pot. This soup would normally be served with a slice of ‚linguica‚ (typical smoked pork sausage) and cornbread. Dip it and enjoy! 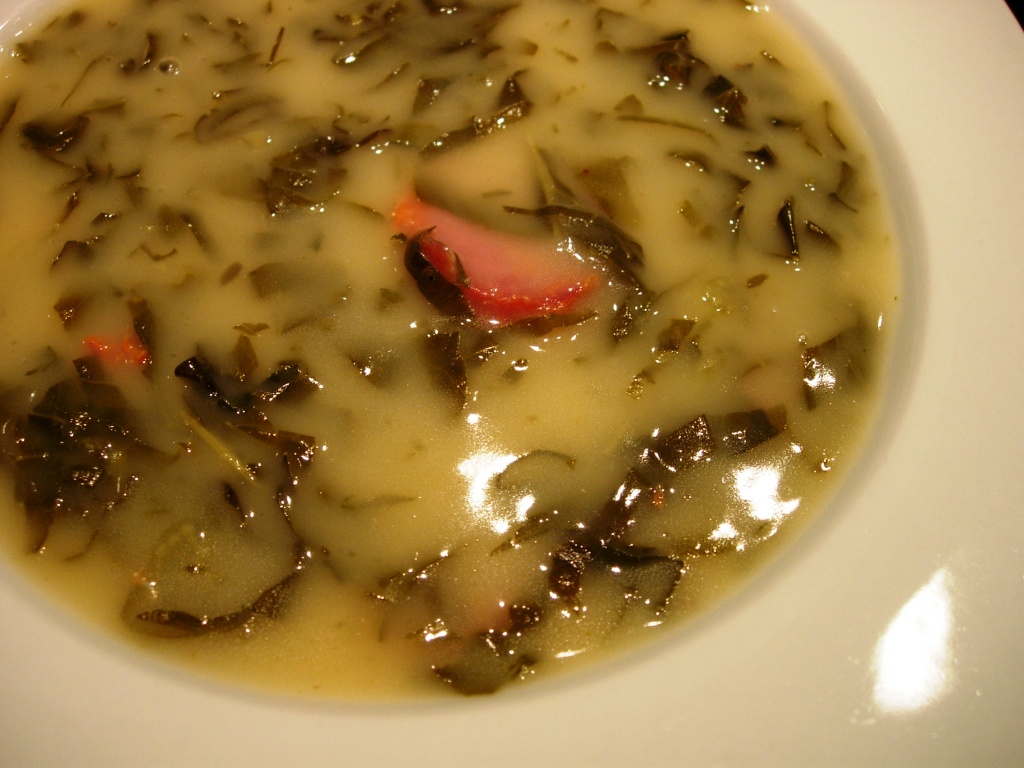 Do not eat this on the same day as a Cozido a Portuguesa, unless you have a true desire of exploding!‚‚ Feijoada stands for bean stew, but you know it wouldn‚t be a Portuguese stew if you didn‚t throw a variety of heavy meats into the mix! All the funny parts of the pig end up here, as the dish was created when people couldn‚t afford to waste anything the human body could eventually digest. Meats included may vary, but if you are too picky, ask before you put something in your mouth. It‚s not at all uncommon for Feijoada to include delicacies such as‚ pig hocks, knuckles or ears! 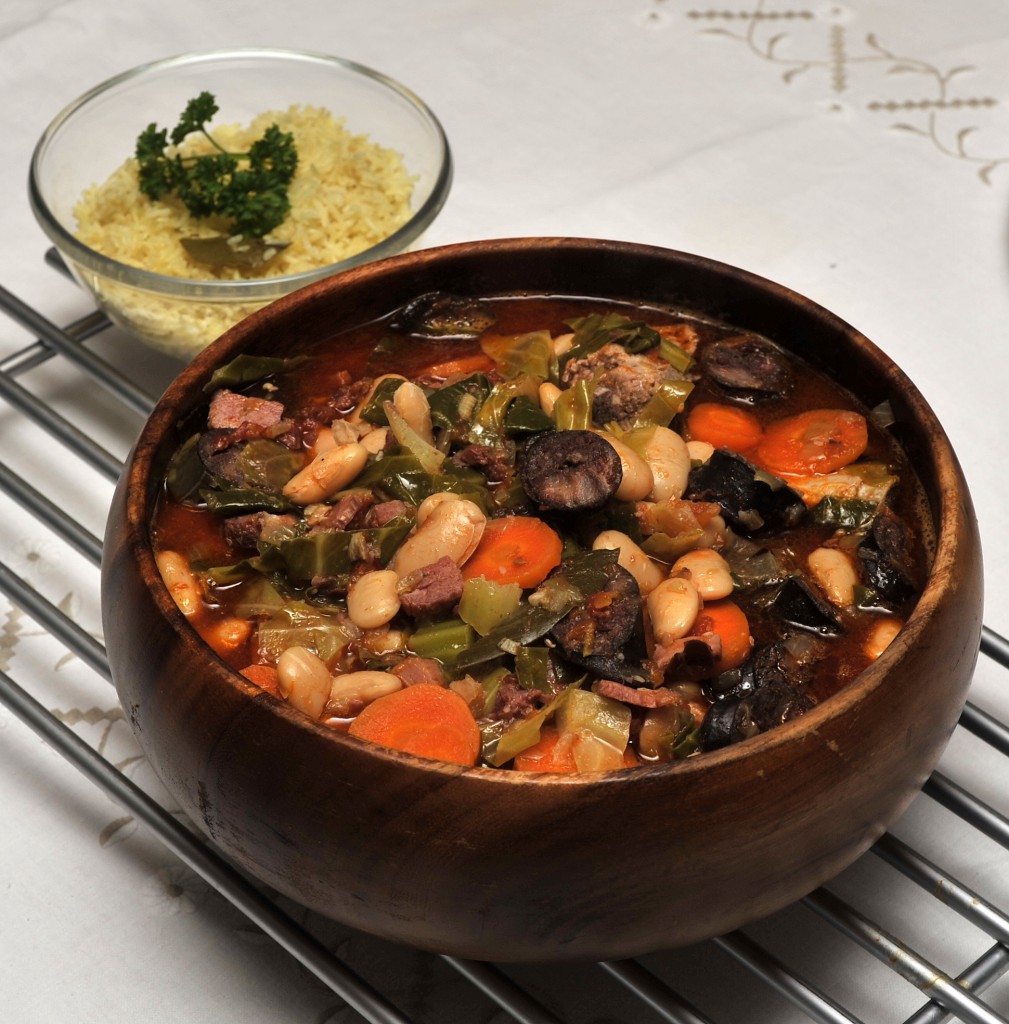 Out of the numerous ways to prepare salted cod fish in Portugal, ‚Bras style‚ is one of the most popular and I honestly salivate just to think about it. The shredded cod is sauteed in a pan along with plenty of onions and straw fried potatoes. This dish is finished up with beaten eggs that cook as they join the pan, and topped with parsley and black olives. This is the essence of a country inside a plate! 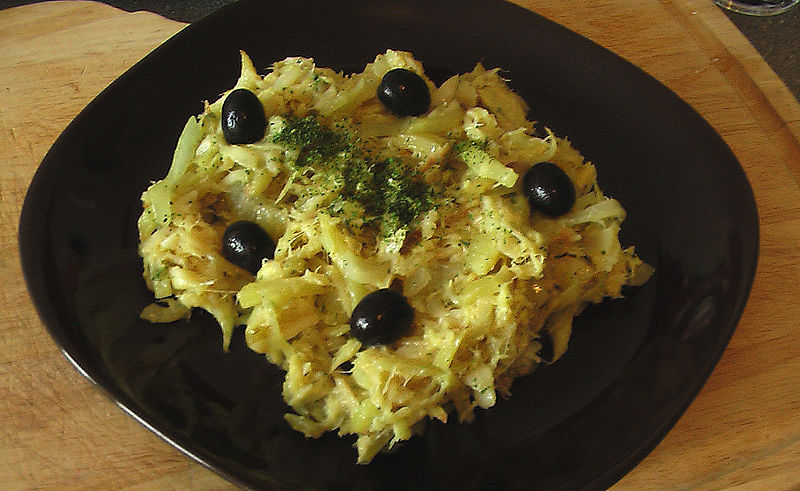 More than a meal, clams Bulhao Pato style are a snack, best enjoyed with ice-cold beer. It‚s very popular as appetizer as well, and a tasty way to get your juices flowing. Clams are cooked until tender in olive oil, garlic, salt, pepper and plenty of cilantro. Other similar clam dishes might feature this seafood cooked in white whine, butter and herbs, which is as good! Very important: you will need bread to dip into the sauces, as I can guarantee you wouldn‚t want a drop to be left on the plate. 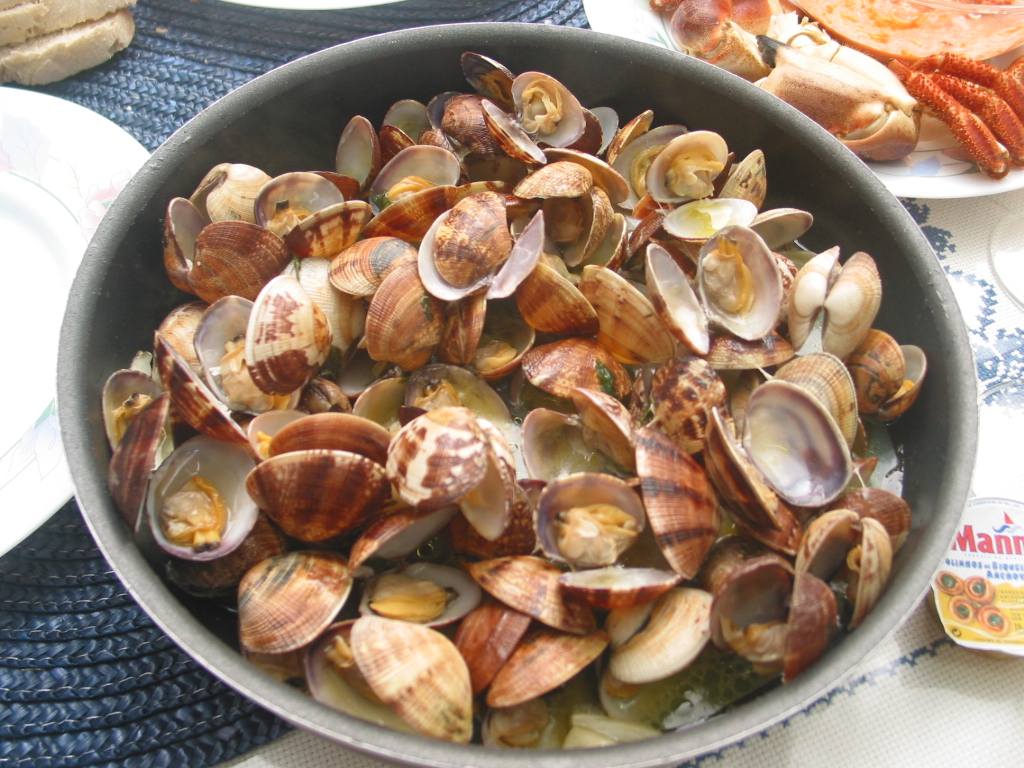 Because Portugal has a never ending affair with pork, rojoes are abundant to keep the spark alive! Chunks of pork loin cooked in the very same pig‚s lard, and seasoned‚ with garlic and white wine. Served with stewed potatoes, variations of this dish may include roasted chestnuts. It can sometimes be served with a side of ‚ ‚arroz de sarrabulho‚, which is a loose rice dish that includes little bits of meat and pork‚s blood. I wouldn‚t judge you if you find it too hardcore. 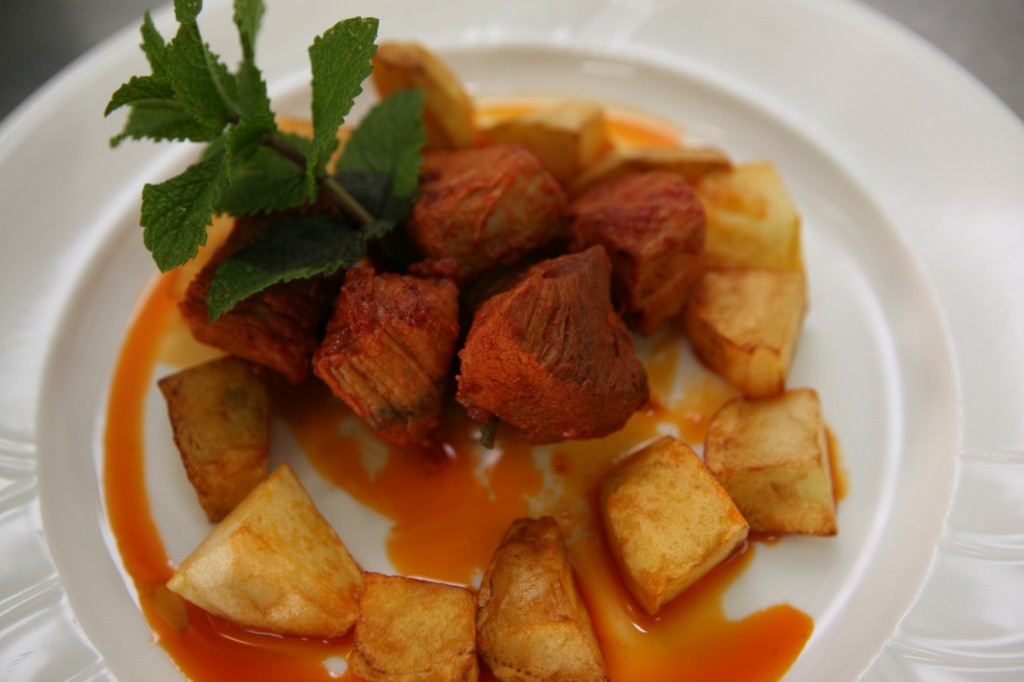 A super Portuguese Grandma wouldn‚t let you leave Portugal after trying only one cod fish dish alone! Also known as ‚pasteis de bacalhau‚ these cod fish fritters can be savored as a starter or snack, or along with rice and salad as main dish.‚ The batter behind this fried goodness is made of shredded cod fish, potatoes, eggs and parsley and is cooked until golden crispy on the outside but smooth and melty on the inside. 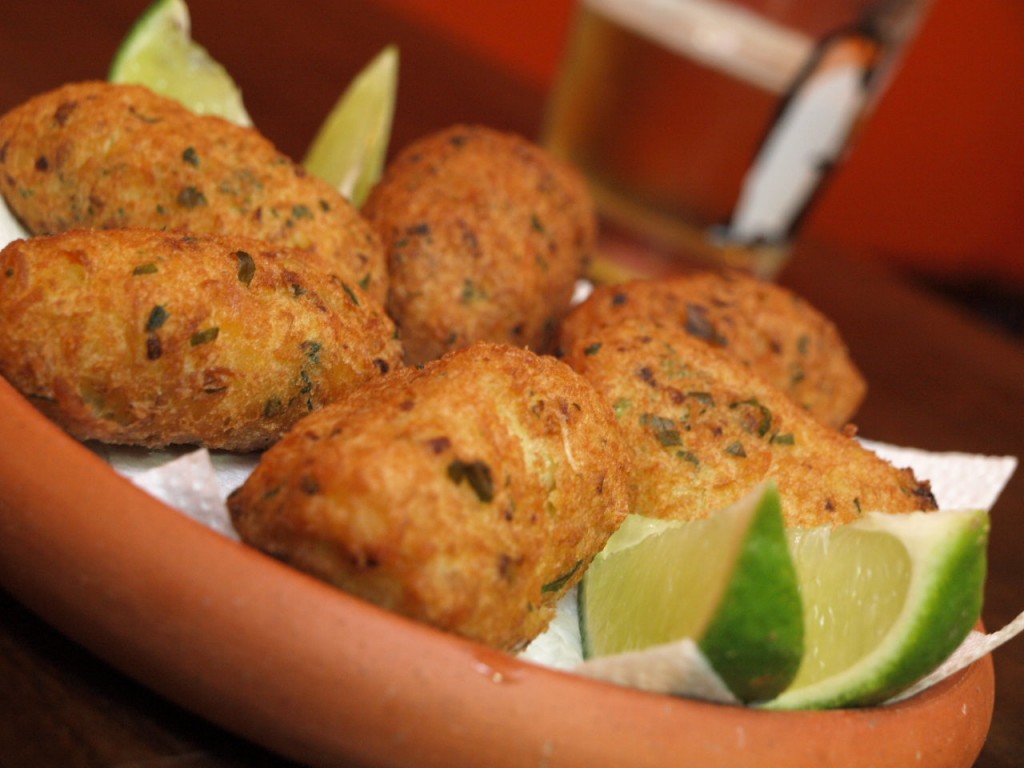 This typical dish of the southern region of Alentejo is as good as it gets when it comes to comfort food with a rustic touch. The basic recipe for‚ a§orda would be made of mashed bread with olive oil, coriander, salt, eggs and water but more complete versions might include cod fish or shrimps. It‚s not a soup and it‚s not a stew, it‚s something in between: the unique a§orda! 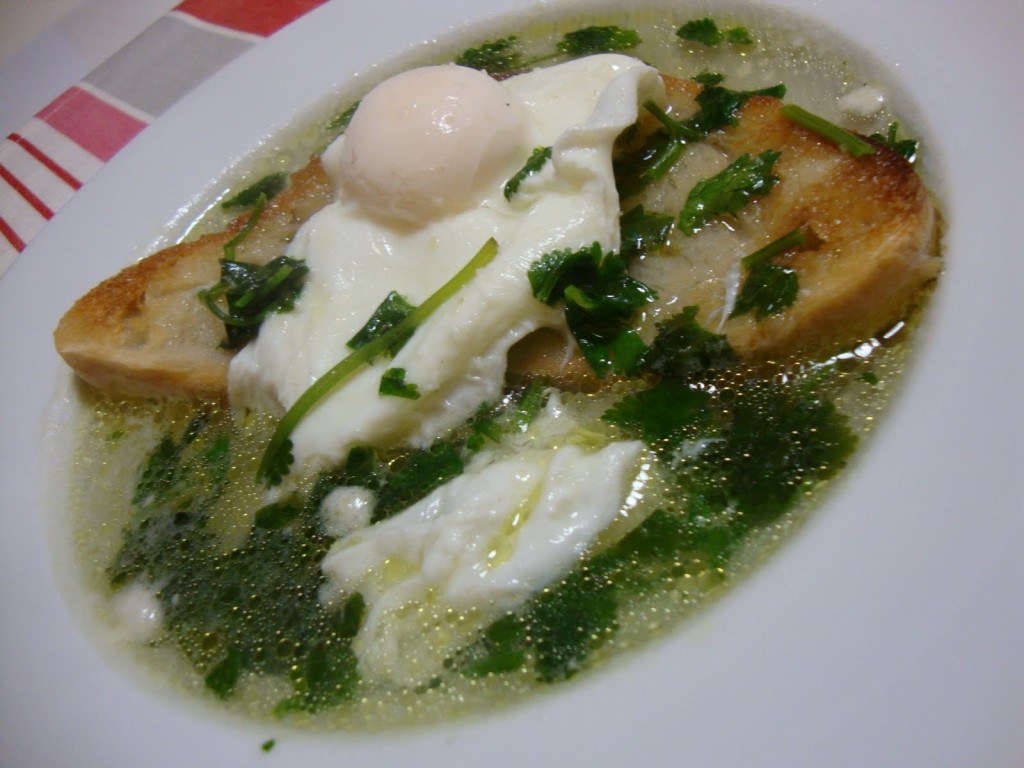 Translate ‚alheira‚ into sausage doesn‚t almost make justice to this unique combination that, yes looks like a sausage, but is so much more than that! Meats stuffed into an alheira may include veal, chicken, duck and rabbit, compacted together with bread. If you have ‚alheira de ca§a‚ it means that it will only have game meat. This unusual sausage was created by the Jews in Portugal when they were forced to convert to Christianity. Their true religion wouldn‚t allow them to eat pork but by preparing this sausage looking dish, they could easily fool others that will think alheira would be made out of pork, like all the other Portuguese cuts looking alike. No matter what religion you follow, eating a fried alheira, with a fried egg and fries can make you feel an outer-body experience! 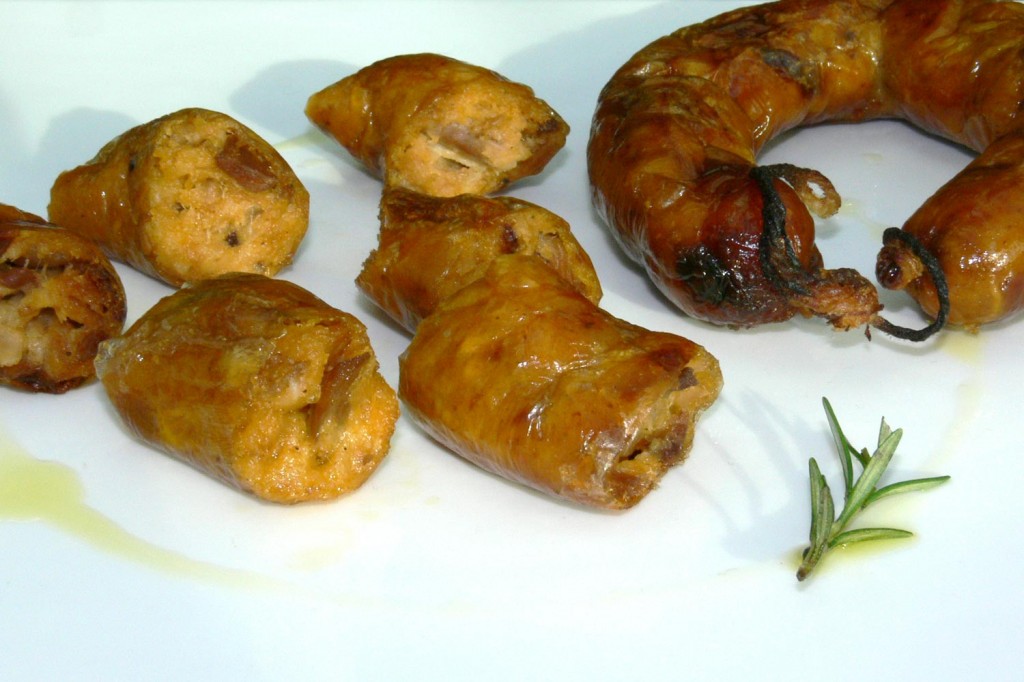 In case you don‚t appreciate pork meat and are frustrated by most of the suggestions above, let‚s end on a ducky note. In Portugal, duck rice is cooked until the meat is ridiculously tender, simmered in red whine, and oven toasted along with the rice until the top is crispy. The rice absorbs the juices of the duck and is traditionally topped up with sliced smoked sausages. It‚s a true feast of flavor. 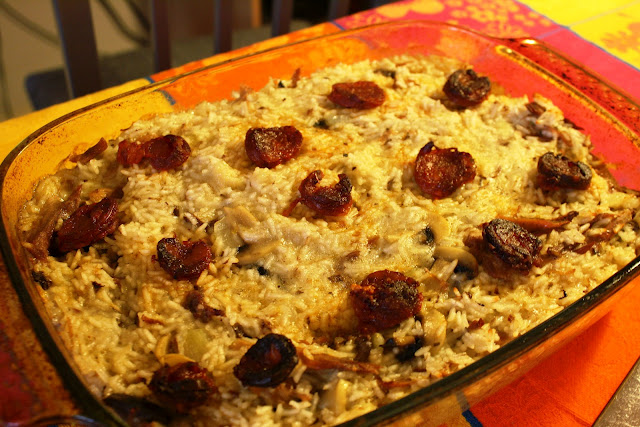 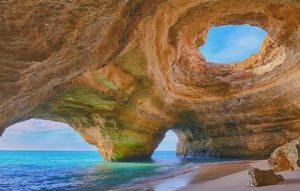