The fascination is bewildering, but it‚s really no joke: hot dogs are one of the best things to eat in Reykjavik, Iceland. Unlike the hot dogs in America, the links in Iceland are made with a blend of lamb, pork and beef and have natural casings. But, it‚s more than just‚ the hot dog that makes it a winner. Specifically, it‚s the toppings that take the Icelandic hot dog from ordinary to extraordinary. Ordering a hot dog with ‚The Works‚ means it will be covered in ketchup, sweet mustard, fried onions, raw onions and a remoulade sauce, which is a mixture of mayo and sweet relish.

Unlike the odd popularity of hot dogs, it‚s easy to understand why fish is found on nearly every restaurant menu. The entire country‚s population lives on the coast ‚ and fishing is still the number one industry in Iceland. (We even learned from locals that part of the reason Iceland does not want to join the European Union is because they are intent on protecting their fishing industry.) Fish is prepared just about every way imaginable from fresh-out-of-the-sea sushi to savory fish stew to golden fried fish and chips.

I don‚t think there is anything better than a hearty, rich soup on a frigid, overcast day ‚ and Icelandic meat soup fits the bill. The flavorful stew, which is a concoction of lamb, root vegetables (like potatoes and carrots), rice and herbs, is simply divine. I could have consumed an entire vat of it on my own.

Skyr Yogurt, which uses Original Icelandic Skyr Cultures and skim milk produced by family-run farmers, is unlike any other yogurt I‚ve ever tried. It‚s thick and creamy, but not heavy and‚ it‚s low fat.

Eating fresh-off-the-vine tomatoes in Iceland in the dead of winter was not an experience I had anticipated, but one we were treated to‚ on our Golden Circle Tour with Reykjavik Excursions. We made a stop at the Fridheimar Greenhouse, which use Iceland‚s naturally abundant geothermal resources to grow tomatoes indoors year-round.

Egils Appelsin is produced by the mega-beverage company, Olgerdin (the same maker of Gull and Borg microbrew beers that we tried during our trip!). The orange soda has been a popular Icelandic drink since the 1950s. It‚s better than Fanta! 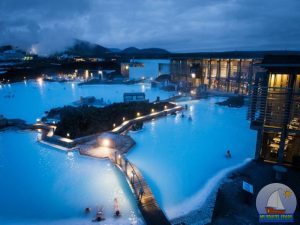 Reykjavik is a small city but with a big reputation. Get ready to be amazed by colourful…