Coxinha is the face of S£o Paulo street food. This rain-drop shape, deep-fried heaven is traditionally made with chicken, but you can find many variations.Frango com catupiry (chicken with catupiry) is by far my favorite, and if you‚re not vegetarian, you should definitely try it. Coxinhas are best enjoyed on an easy afternoon with a cold beer, sitting outside of a boteco with friends. The term ‚coxinha‚ is commonly used to describe right wing supporters in Brazil, so don‚t get confused if you hear the word used in different contexts.

Kibe (keebee) is a traditional Middle-Eastern dish. Kibe is made from minced beef or lamb mixed with bulgur wheat. You‚ll find this fried, baked or raw. Due to Brazil‚s multicultural population, you‚ll find a lot of Middle-Eastern, specifically Lebanese, influence in the street food in S£o Paulo. The spelling of this delicious snack can vary from kibe, quibe to kibbeh. The fried version works as a charm as a quick snack and you‚ll find them on most street corners. 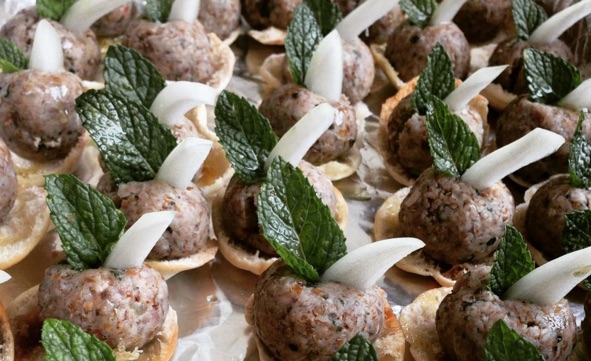 A§ai na tigela is a Brazilian specialty made from the frozen a§ai berries that grow in the Amazon. A§ai is a well-known super food all over the world. It‚s low in sugar, high in antioxidants, good in fats, proteins and vitamins. The most common version usually comes with granola, banana, and guaraná syrup. You can add more fruits or blended it all together. It has been hugely popular in the coast of Brazil for decades, but a§ai became a staple in S£o Paulo around 10 years ago. You can find it in many street kiosks, juice bars, and some cafes. 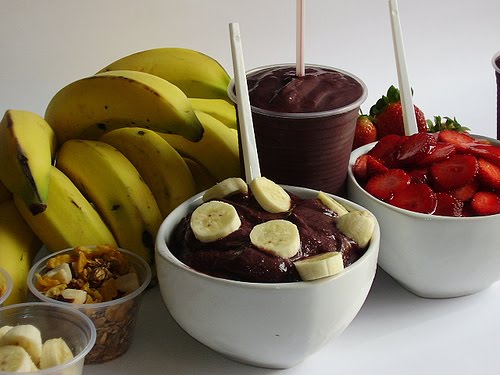 Caldinho de feij£o is a simpler version of Brazil‚s national dish, feijoada. This nutritious soup, made from black beans, usually is served in bars and botecos in coffee mugs. Paulistas love to have caldinho de feij£o when it‚s cold outside and we like it spicy. If you love beans and chilli, you‚ve found your favorite snack in Brazil. This thin, fried-to-perfection, square of love is S£o Paulo‚s comfort food. Pastels can be filled with anything. They originated from the traditional Chinese egg rolls and was popularized by immigrants who had to adjust their cuisine to Brazilian ingredients. But the pastel only went from 0 to hero when the Japanese arrived during the WWII. Pastis (pastel in the plural) are so tasty you can‚t even imagine. And the best pastel you can have is in S£o Paulo. You can find some good pastel in other states but the reality is that the Japanese and Chinese are in S£o Paulo, no one can compete with that culinary influence.

Mandioca frita or aipim frito (cassava chips) is one of the most popular and largely consumed snack in S£o Paulo and the rest of Brazil. The cassava plant has various names all over the world. You might know it as manioc, aipim, yuca or macaxeira. In south-east Brazil, you‚ll hear it being referred to as mandioca oraipim, but that will vary in other areas of Brazil. Mandioca is consumed in many forms. In S£o Paulo, the most popular way to prepare the vegetable is mandioca frita.

These delicious cheesy balls are made from cheese and cassava starch. Commonly we enjoy these as a snack or for breakfast. Freshly baked in every S£o Paulo‚s bakery in the morning, p£o de queijo can be easily found. The first word, p£o, is a bit tricky to pronounce. The ‚£o‚ sounds like AU with a short M on the end of it. 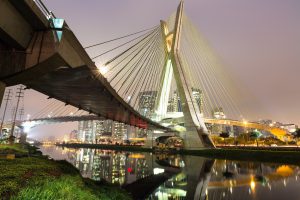