Mawlamyine (Moulmein/Moulmien) is the capital of Mon State in Southeastern Myanmar. Mawlamyine is the fourth largest city in Myanmar with a population of 326,000. Even though the population is quite large the city itself looks and feels like only a small town. Mawlamyine is pronounced “more-la-mean.

The city is located at the mouth of the Thanlwin (Salween) River and its focal point is the‚ Kyaik Than Lan Pagoda, which towers over Mawlamyine and offers great views of the surrounding area. Built in 875 AD, it is said to contain a hair relic of the Buddha and it is encircled by 34 smaller stupas. 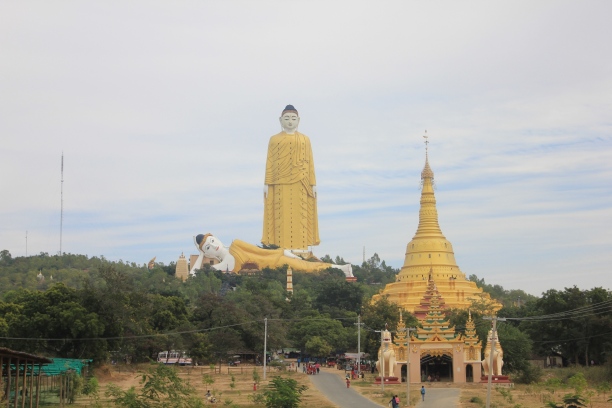 There are a number of other places of worship that are of historical and cultural interest in Mawlamyine, including‚ St Patrick‚s Roman Catholic church, the‚ Soorti Sunni Jamai Mosque‚ and the abandoned, red brick‚ St Matthew‚s church.

Due to its equatorial climate, the overall weather and temperature of Mawlamyine is not much different from each other. Usually, November to March is the ideal time to visit this city with its colors, creeds and essence. The largest portion of the population of this city is devoted to Buddhism. Hence, the entire year of this city is featured by several Buddhist Festivals. Early November is witnessed Mya Tha Lun Pagoda Festival with Buddhist chanting, early morning atonement to 1700 monks and the illuminating of 9000 candles.