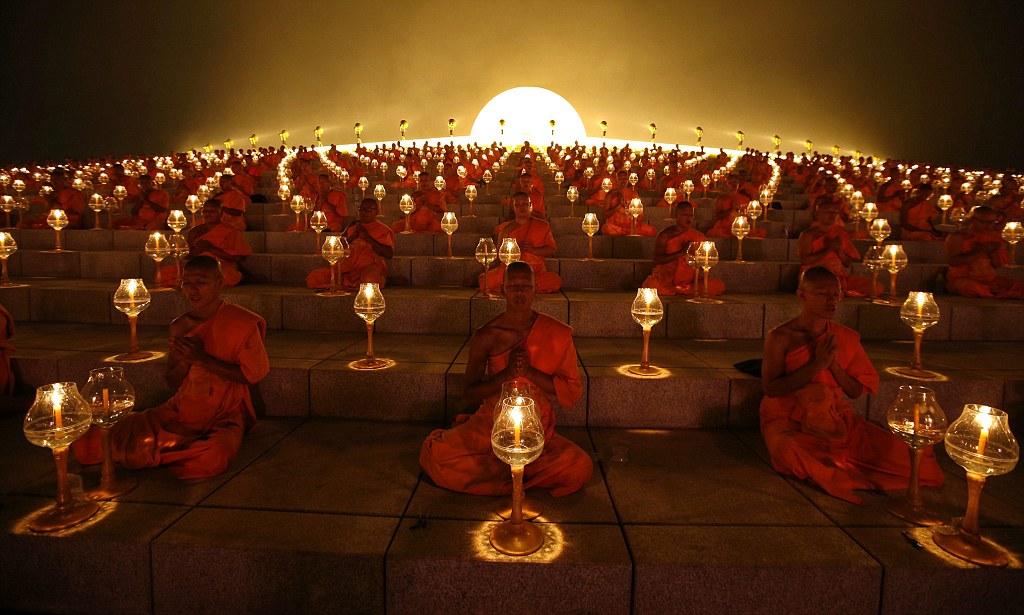 Bangkok based photographer Luke Duggleby recently experienced that firsthand when his 2010 image of 40,000 Thai monks in prayer at the Dhammakaya Temple in Bangkok made the rounds on social media following the Nepal earthquake, captioned as 100,000 monks in prayer after the Nepal earthquake as a necessary gesture of power. Years ago, the image had gone viral in a similar fashion, only that time it was captioned praying monks in Myanmar. What you are looking at is a gathering of 10,000 Theravada Buddhist monks who are praying for a better world. The reason why I am adding the apostrophe is that they are not literally praying, there is no deity to whom they address. This happened at a temple in Bangkok.

What an awe-inspiring sight! A hundred thousand Buddhist monks, all creating world peace through inner peace.

It can be easy to trivialise these actions, to quip something like Two hands working accomplish more than one thousand clasped in prayer, but humankind understanding of the universe is only in its infancy. There’s so much we just don’t know.

Take the double-slit experiment, for example. This scientifically proves that the mere act of observing something happen can alter what actually occurs. For real! It makes no intuitive sense, but it suggests the power of consciousness may extend well beyond the physical realm. This notion is further supported by research which seems to show that large assemblies of people who practice transcendental meditation for a set period of time can generate a statistically significant reduction in conflict and violence around the world.