Jurong EastÃ‚Â is a planning area and residential town located in the West Region of Singapore. It borders Jurong West and Boon Lay to the west, Clementi to the east, Tengah and Bukit Batokto the north and Selat Jurong to the south.

The town was chosen as the site for the Singapore station on the Kuala LumpurÃ¢â‚¬â€œSingapore High Speed Rail, which is expected to be completed in 2026.

The Science Centre Singapore (SCS), previously known as Singapore Science CentreÃ‚Â is a scientific institution in Jurong East,Singapore, specialising in the promotion of scientific and technological education for the general public. With over 850 exhibits spread over eight exhibition galleries, it sees over a million visitors a year today, and over 25 million visitors up to the year 2003 when it celebrated its silver jubilee. 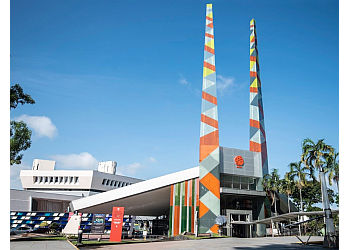 Chinese Garden is a park in Jurong East, Singapore. Built in 1975 by the JTC Corporation and designed by Prof. Yuen-chen Yu, an architect from Taiwan, the Chinese GardenÃ¢â‚¬â„¢s concept is based on Chinese gardening art. The main characteristic is the integration of splendid architectural features with the natural environment. The Chinese Garden is modeled along the northern Chinese imperial style of architecture and landscaping.Ã‚Â It is located next to Chinese Garden MRT Station and connected to the adjacent Japanese Garden by a bridge. Along with the aforementioned Japanese Garden, the two gardens are collectively known as the Jurong Gardens. 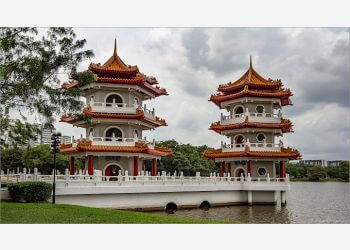 The best time to visit Singapore is anytime. The island nation experiences a warm, tropical climate year-round with daily highs in the 80s. And with a steady stream of business travelers, the city’s hotels are seldom at a loss for occupants and maintain reasonable to high room rates.