Gallo Pinto is a breakfast dish made of rice and beans (well thatÃ¢â‚¬â„¢s no surprise!). The cuisine itself has roots in both Costa Rican and Nicaraguan culture, and is typically referred to as just Ã¢â‚¬Å“pintoÃ¢â‚¬Â by the locals. The dishÃ¢â‚¬â„¢s main ingredients (rice and beans) are mixed together and paired with other ingredients to give it some spice, like peppers, cilantro, and onions. When the beans and rice are mixed together, the create some coloring variations that make it look like the rice is speckled. This is how the dish got its name, because gallo pinto means Ã¢â‚¬Å“spotted rooster.Ã¢â‚¬Â 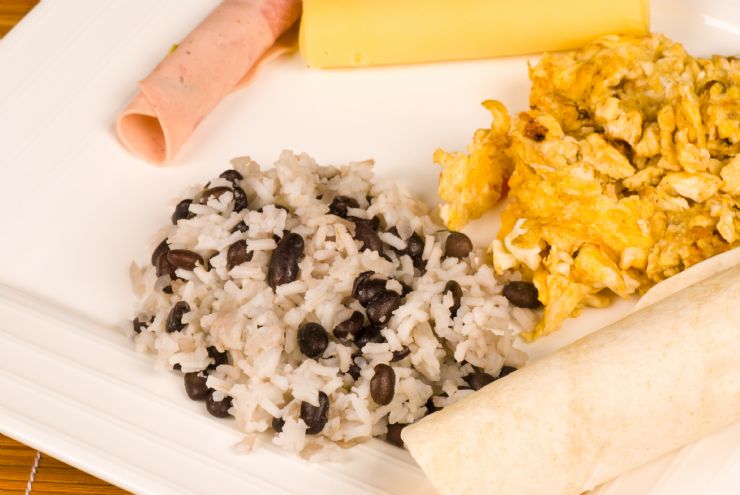 A casado is not a singular dish, but a dish made up of many foods. In fact, it could be thought that a casado is a marriage of the foods that are served together, since marriage is the meaning of the word casado. If you order a casado at a restaurant in Costa Rica, you can expect to be served a plate that contains the following: rice, beans, salad, tortillas, fried platano maduro, and meat (beef, chicken or fish). The location within the country will determine which meat you receive, or which you can choose from. A casado also includes a fresh fruit juice. 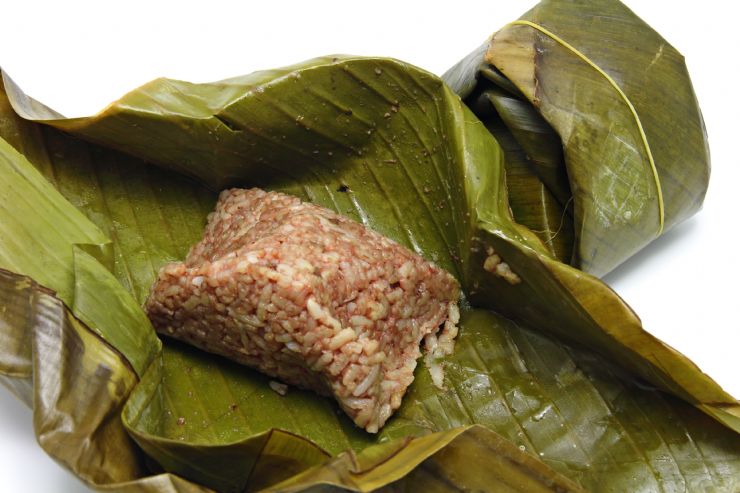 This is a dessert, so obviously it is toward the top of my list. The easiest way to describe arroz con leche is to say that it is rice mixed with milk. But the taste is much more complicated, and delicious, than that makes it sound. The recipe also calls for sugar, salt, lemon zest, and cinnamon sticks Ã¢â‚¬â€œ see, I told you it is delicious!

While dessert is my favorite, and breakfast is a close second, I can also proudly say I have a passion for soups! Sopa Negra is no exception, and this traditional soup of my country is sure to be filling. This soup is a great option for vegetarians, and some recipes will meet other dietary restrictions, like glutenÃ‚Â­-free. Some of the main ingredients include black beans, onion, peppers, cilantro, tomatoes, and spices, along with Tabasco sauce. 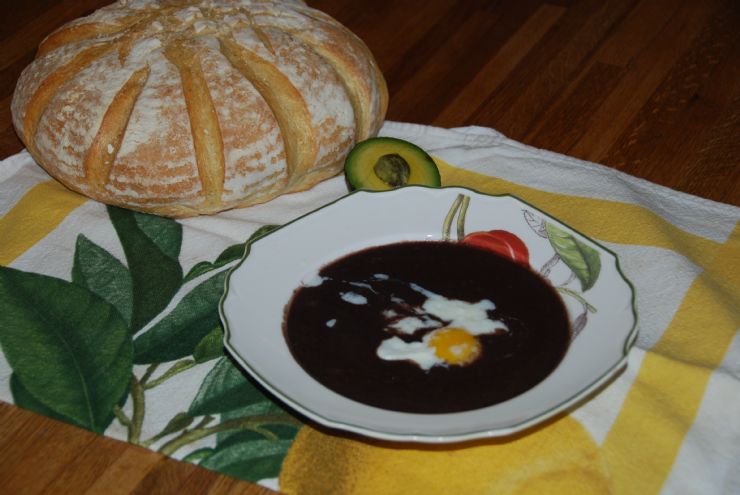 Can beef stew be considered soup? It can in my world! The hearty olla de carne is a favorite weekend dish that youÃ¢â‚¬â„¢ll find being prepared in many homes across the country on any given month of the year. While the stew can be compared to some stew from other cultures, there is, of course, a set of ingredients that help make it unique in look and taste. Costa Rica is a mecca for fresh ingredients, and these are tapped into for the olla de carne recipe. These ingredients include cassava, carrots, corn, plantains, and taro root. Combined with other vegetables, this stew is full of rich flavors. You arenÃ¢â‚¬â„¢t likely to have room for side dishes, but olla de carne is often served with rice and beans. 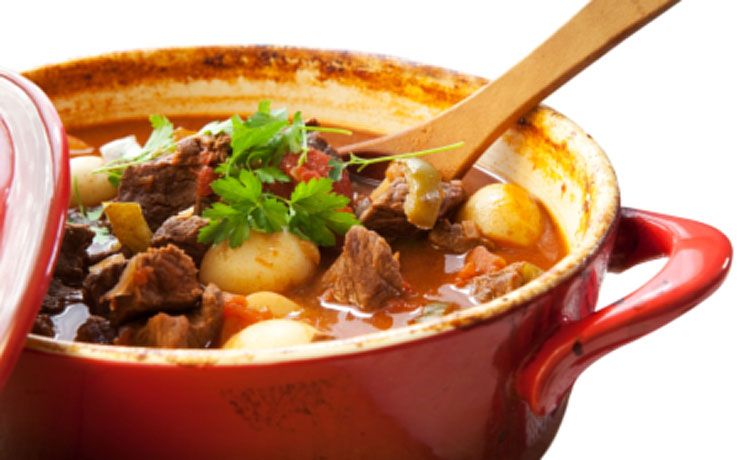 If youÃ¢â‚¬â„¢re looking for a great meal, or snack, chifrijo is what you are looking for. Served at local events and farmerÃ¢â‚¬â„¢s markets, as well as at restaurants. The name is a combination of the two main ingredients: chicharrones and frijoles. Chicharrones are fried pork rinds, while frijoles are beans (I bet you arenÃ¢â‚¬â„¢t surprised to see beans on the list again!). The dish is an amazing layer of ingredients that are served with fried tortilla chips, corn tortillas, or bread. The layered ingredients include the two main foods, along with rice, and either tomatoes or pico de gallo. 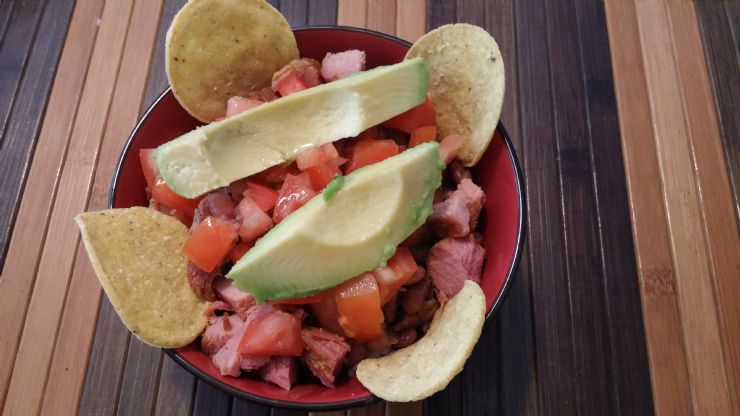 Patacones are deep fried deliciousness. ItÃ¢â‚¬â„¢s mainly served as a snack, and basically consists of flattening plantains and frying them. I like to have them finished off with a little bit of sea salt, and served pico de gallo. Patacones make a great appetizer! 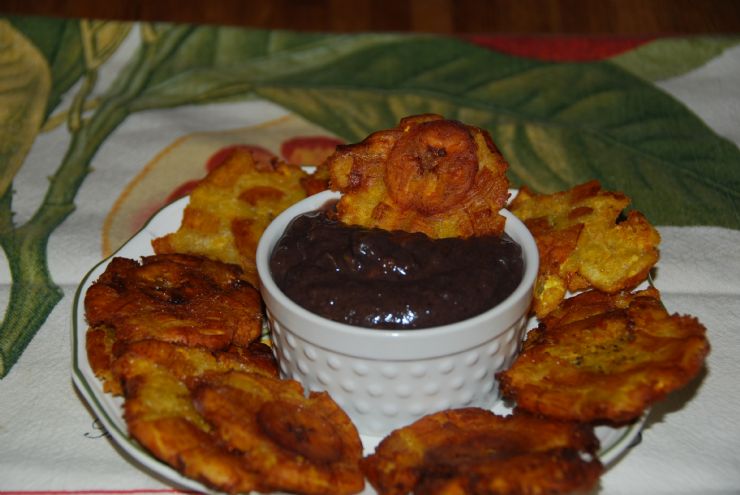 More dessert! Flan is a sweet treat that mixes together milk, vanilla, sugar, and eggs, resulting in a delicious egg custard! Though cooked in a pan lined with caramel, it is chilled before it is served. ItÃ¢â‚¬â„¢s commonly believed that flan came from the Romans, and that todayÃ¢â‚¬â„¢s recipe is a variation of the original, which used honey instead of sugar. 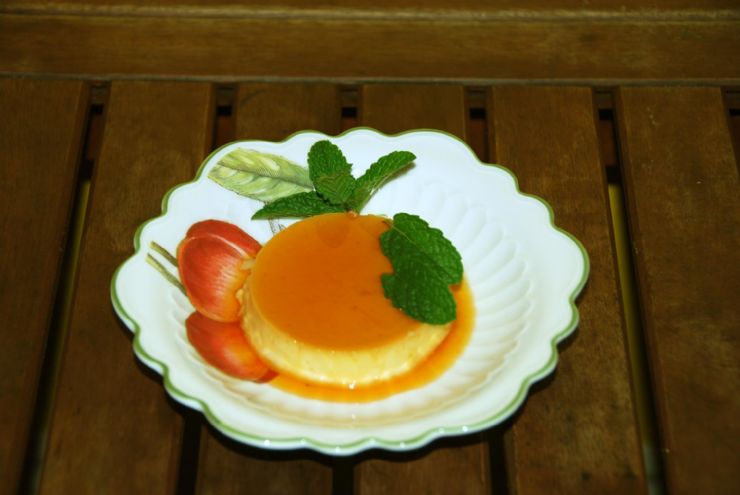