Biltong is the national snack of South Africa. ItÃ¢â‚¬â„¢s a form of jerky thatÃ¢â‚¬â„¢s found almost everywhere. One bite and youÃ¢â‚¬â„¢ll be hooked. The dried meat is cured in vinegar and spices (salt, pepper, coriander, and brown sugar) and has an addicting flavor that is truly its own. While biltong varieties range from beef to wild game, beef is definitely the best. 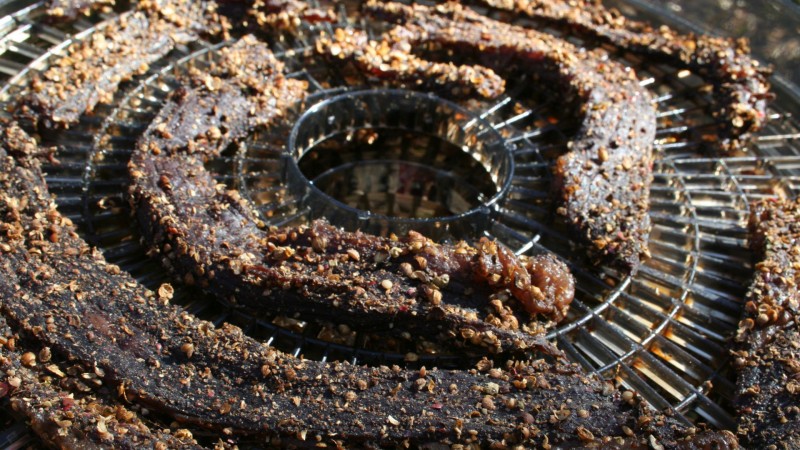 A true foodie canÃ¢â‚¬â„¢t travel to a country without trying its indigenous form of tubed meat. ItÃ¢â‚¬â„¢s sacrilege. Boerewors is the national sausage of South Africa. ItÃ¢â‚¬â„¢s similar to bratwurst but with the inclusion of coriander, cloves, and nutmeg to create a brighter flavor. Try Boerewors on a roll or by itself. 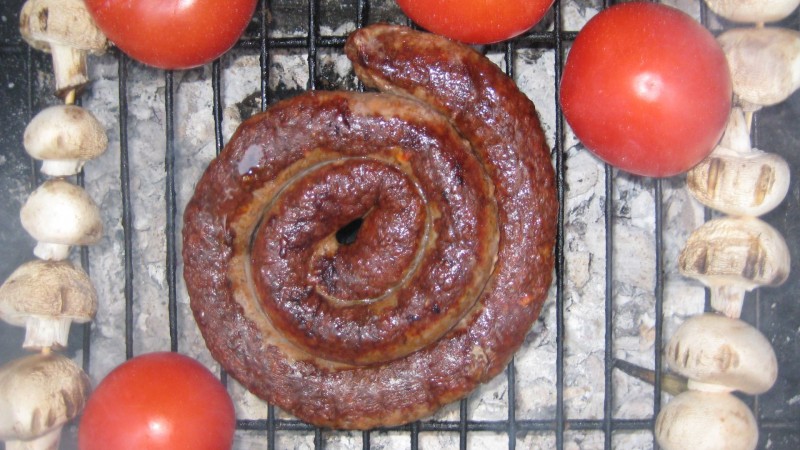 Waterblommetjie Bredie is a dish that is uniquely Cape Town. Waterblommetjie is an edible indigenous flower that grows wild in area ponds, and bredie is South AfricaÃ¢â‚¬â„¢s version of a stew. Combine the two and you have an elegant and rich comfort food. 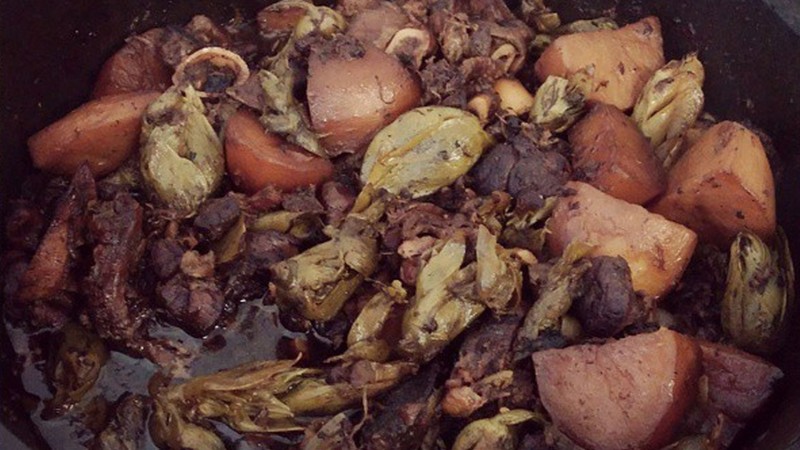 Hosting a braai (barbecue) is a national pastime in South Africa. The most traditional dish found at a braai are sosaties Ã¢â‚¬â€œ Cape TownÃ¢â‚¬â„¢s version of a kebab. The meat, normally lamb, is marinated in a curry, chutney blend and skewered with onions and apricots. A proper braai is best accompanied by a bottle of local Pinotage wine. 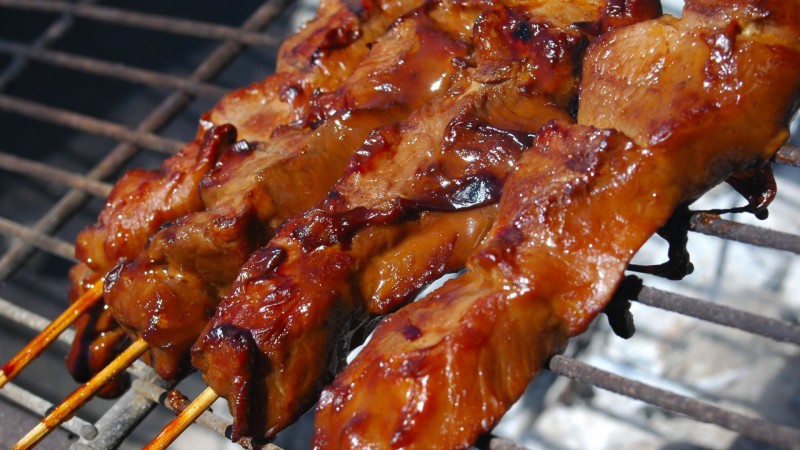 Bobotie is one of the most common forms of Cape Malay cuisine. The minced meat and curry bake is topped with egg and dried fruits. ItÃ¢â‚¬â„¢s a true example of the melding of ethnicities and flavors in Cape Town. 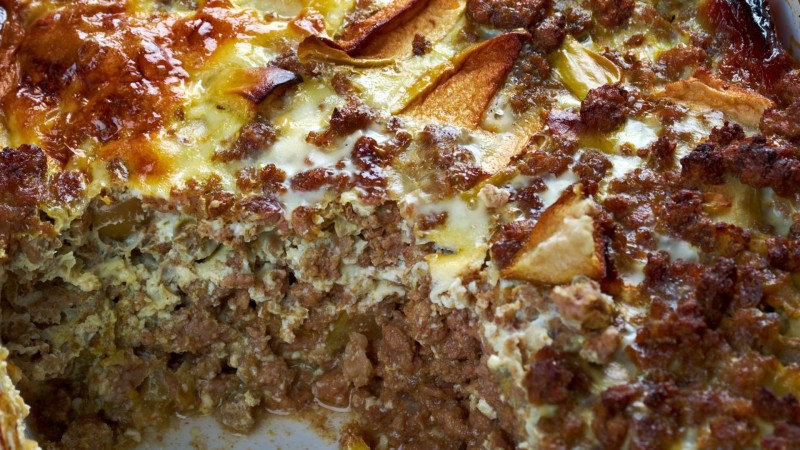 No cuisine is worth mentioning if it doesnÃ¢â‚¬â„¢t have its own dish derived from cornmeal. Italy has polenta, the Southern United States has grits, and South Africa has pap. Of course, pap would never be eaten by itself. The most traditional way to eat it is to pick up a portion with your fingers and combine it with any variety of savory sauces, vegetables, or meats. 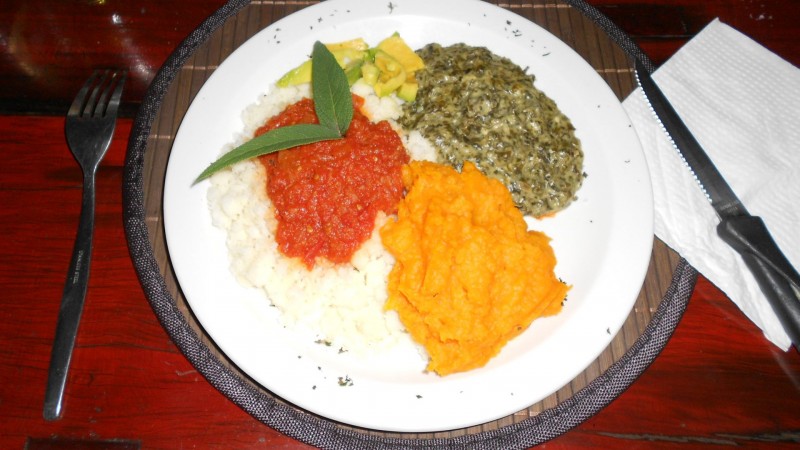 Yeah, I had to go there. Mopane worms are quite common in Southern Africa. The fried worms are normally finished with a Cajun like spice, and have a distinguishable texture that starts crunchy and finishes chewy. Mopane worms are definitely reserved for the adventurous eater. YouÃ¢â‚¬â„¢ll often find them alongside pap. 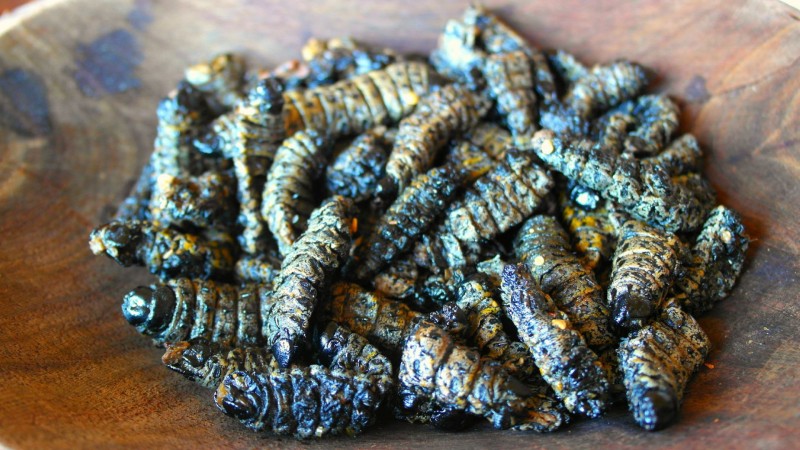 Please note that no bunnies are hurt to make bunny chow. Bunny chow is a common lunch in Cape Town. The sandwich is a hollowed out roll thatÃ¢â‚¬â„¢s filled with a curry mixture. Once again, itÃ¢â‚¬â„¢s another example of the melding of flavors in Cape Town with a Malaysian influenced curry served in a European style bread. 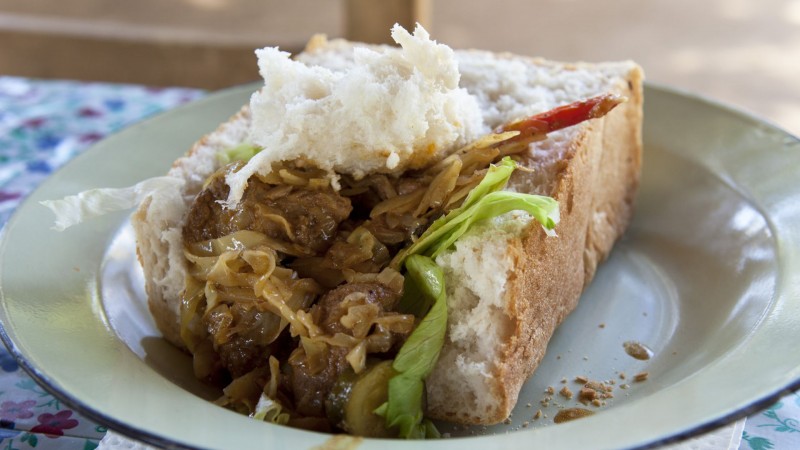 Yes, you read that right. Some of the best fish and chips in the world are found on the fairest cape. Remember, British settlers heavily influenced South Africa. DonÃ¢â‚¬â„¢t eat fish and chips anywhere though. Seek out a Ã¢â‚¬Å“chippery.Ã¢â‚¬Â TheyÃ¢â‚¬â„¢re easy to find as most pump out the mouthwatering scents of fried fish and vinegar that can be smelled a block away. A personal favorite is KalkyÃ¢â‚¬â„¢s further out on the cape. Stop there on your way to see the Boulder Beach penguins. 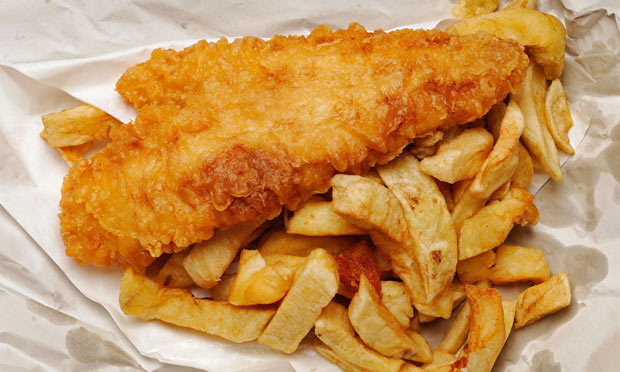 Potjiekos are another form of stew in South Africa. Traditionally, potjiekos are cooked in a three legged, cast iron pot. The ingredients include a combination of vegetables and meat. The meat can be anything from beef to pork to wild game.Sometimes, youÃ¢â‚¬â„¢ll even find a seafood potjieko. 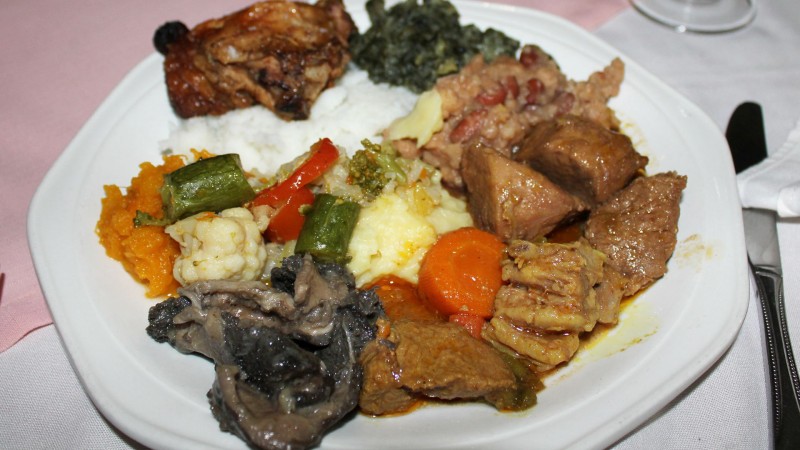 And now for the dessert courseÃ¢â‚¬Â¦ Malva pudding has a spongy, caramelized texture. Like so many sweet and savory dishes in Cape Town, it contains apricot jam. The dessert is finished with custard and ice cream. 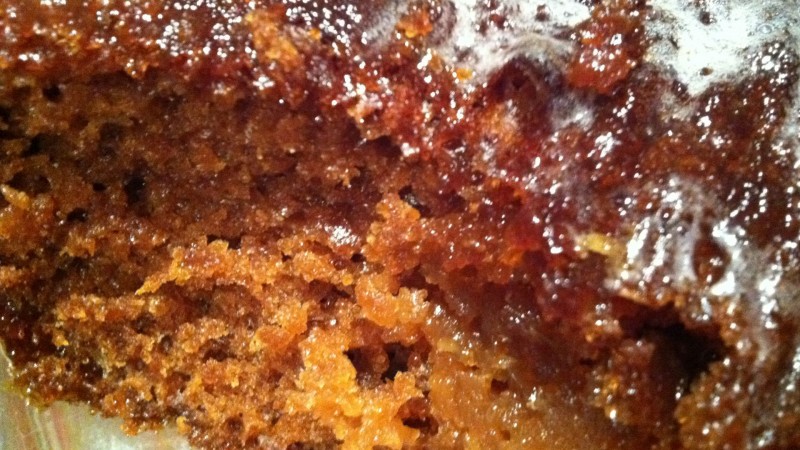